The third edition of Lollapalooza Berlin will take place at Hoppegarten Racecourse, 20km east of the city, with Foo Fighters, Mumford & Sons and The xx on the bill

Foo Fighters and Mumford & Sons have been announced as headliners for the 2017 edition of Lollapalooza Berlin, which will be held at the new venue of the Hoppegarten Racecourse – its third in as many years.

The festival, co-promoted by Melt! Booking and Live Nation (C3 Presents/Festival Republic), was forced to evacuate its original home, the disused Tempelhof Airport, when the site was converted into temporary housing for refugees. A move to Treptower Park followed in 2016, which was opposed by many local residents and even ten states of the former USSR (the park houses a Soviet war memorial).

Hoppegarten Racecourse (Rennbahn) is located around 12 miles to the east of Berlin. 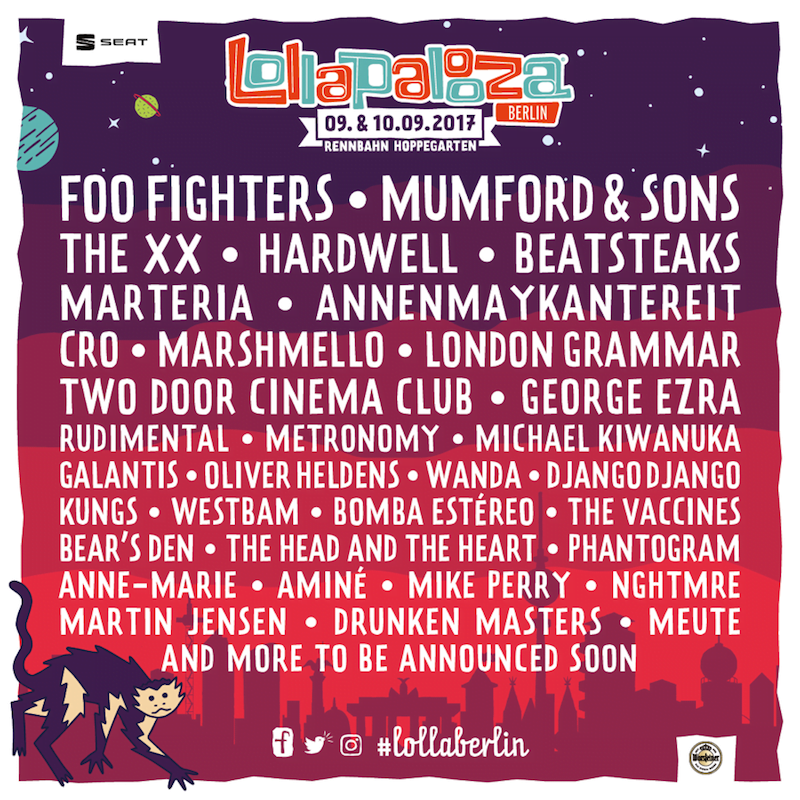