Gaydon on GOAT Fest: ‘Most intense experience of my life’

The debut GOAT Festival in Goa was very nearly derailed by pre-election bureaucracy – but it was "well worth it in the end", ex-Roundhouse music man Dave Gaydon tells IQ 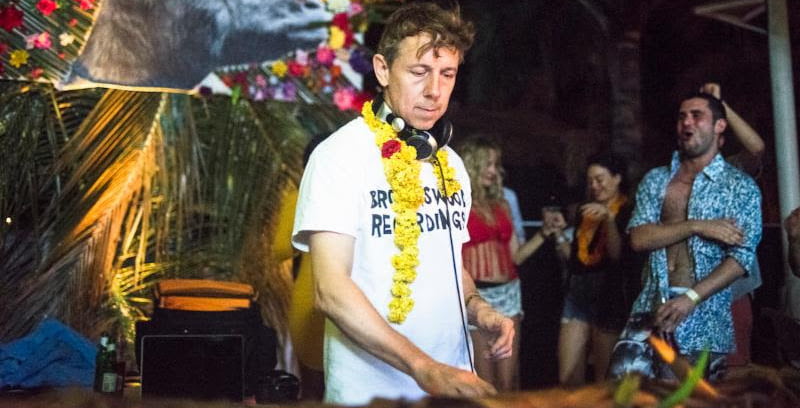 When GOAT Music – the bookings and events agency co-founded by the Roundhouse’s former head of music, Dave Gaydon – announced last November its first festival would be in Goa, the choice of location met with some raised eyebrows at IQ Towers.

The coastal state had, after all, already driven away festival colossi Sunburn and Supersonic – each of which attracted hundreds of thousands of EDM fans (and rupees) to the region annually – and a chronic shortage of cash was then emptying venues and cancelling festivals nationwide.

As it turned out, however, the biggest hurdle to organising GOAT Festival, the newest addition to the festival calendar in the world’s largest democracy, came in the form of election season.

“We were told elections were definitely going to take place in April,” Gaydon explains, “but as soon as we stepped off the plane at the beginning at January, we found out they were on 4 February. So we had to rapidly rethink what we were going to do.”

Gaydon tells IQ the plan was originally to hold the daytime portion of GOAT Festival in the inland jungles of northern Goa, but was forced to decamp to a new festival site on Marbela Beach, in Morjim – originally slated as the night-time venue – after its licence was revoked.

The difficulty in staging live acts on Marbela also necessitated a change in format and line-up, with Hercules and Love Affair, Dope St Jude, Sorceress and Yussef Kamaal among the performers axed from the programme.

“People had already bought tickets, so we had to salvage something,” continues Gaydon. “We lost a few acts, but we were still able to do a really good, diverse programme, as well as other things like yoga, massages, gong therapy…”

Despite the logistical difficulties posed by the impending elections – the Goan government is disbanded after elections are announced, explains Gaydon, with an election commission taking over and rigorous restrictions imposed on public events – he emphasises the Department of Tourism was “hugely supportive” of GOAT’s vision for the event.

“We sold them the idea of a Western-style festival like Secret Garden Party,” continues Gaydon, who says he made it clear it “wouldn’t be like an EDM event” (read: loud music and drugs) but more of an exchange between Western and Indian culture. “We told the tourism board we wanted it to keep it about locals, Indians, while also exposing international travellers to amazing Indian artists, which is why we had half Indian artists and half from the rest of the world.”

The 2,300+ attendees, too, were a “really good mix”, he says, with an even split between Indians and foreigners.

“People had already bought tickets, so we had to salvage something”

In spite of the setbacks – which also included the festival kicking off silently at 2pm on 27 January because the final licence didn’t arrive until 3.30 – Gaydon says Team GOAT will definitely be back in Goa next year. “We’ve invested so much time, energy and money into the festival,” he says. “Amazingly, we only made a small loss – and now we’ve got great content and ideas [for future events]”.

Gaydon says while GOAT Festival, whose capacity is currently 3,000+, will never approach Sunburn levels, he hopes to increase visitor numbers year on year, to an eventual goal of between 5,000 and 6,000. “We ran it unsponsored this year,” he adds, “but we can now go to sponsors with imagery and figures and say, ‘This is what we’re doing…'”

GOAT’s long-term goal, he concludes, is to cement its relationships with the local industry and “establish ourselves as promoters in India”.

“It was the most intense experience of my life – but well worth it in the end.”