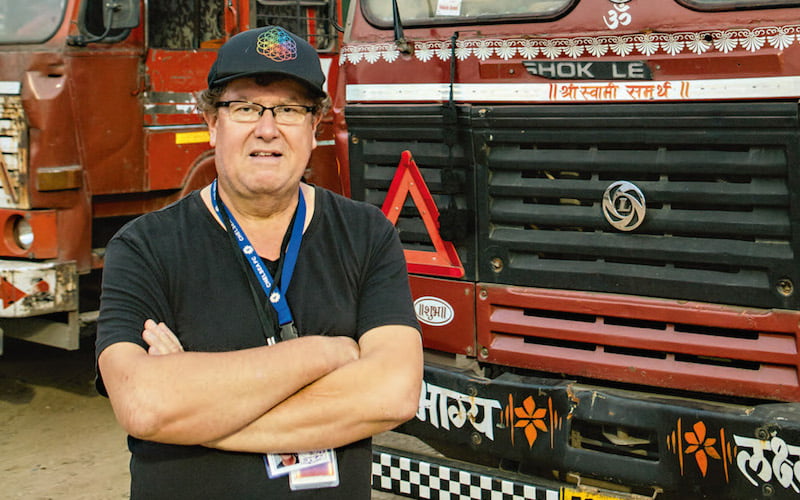 In 1977, with Britain deep in the grip of one of its worst post-war recessions, young construction trainee, Bill Leabody, decided to take a break from the building site to become a roadie for a few months. Gordon Masson learns just how Bill reached the top of the production ladder during his 40-year sabbatical…

As The Gaffer for 2016, Bill Leabody joins an elite list of winners that includes Jake Berry, Chris Kansy, Jesse Sandler, Jason Danter, Wob Roberts and Arthur Kemish. In addition to being production wizards, at the top of their game, that group also share something else in common – none of them set out to become a production manager.

For Leabody, his route into music was entirely fortuitous, as the 61 year old admits that he cannot play any musical instruments. “I can’t play a single chord on a guitar,” he laughs – despite being a tech for the likes of The Edge down the years. “Oh sure, as long as it’s plugged into a tuner, I can tune a guitar,” he says. “But back in 1977, I don’t think anyone who went to a gig by The Damned would have noticed if the guitar wasn’t properly tuned.”

However, his love affair with music has been life-long. “My sister used to take me to the Gin Mill Club in Godalming. I saw Genesis there. They were like the local band because they were at Charterhouse School, so I saw them first when I was about 14 – something I was only too happy to tell Peter Gabriel about when I worked on his tours.”

After four decades in the business, one thing Bill can profess to being is one of the world’s best production managers – a fact that current employers, Coldplay, took advantage of five years ago when they persuaded him to take on the gaffer role for their Mylo Xyloto stadium tour.

“For Coldplay, we’ve all been working with them for a long time and everyone wants to push the envelope to make each show better and better.”

“I’d known Bill for years and he’s a legend, so when the position became available in our world, he was at the top of my wish list,” says the band’s manager, Dave Holmes. “Bill has a very even temperament and is never rattled by anything. He’s extremely well liked by the crew and the band and always has solutions, which is vitally important for a production manager.”

And when it comes to touring acts, there aren’t too many who are more demanding – in a positive way – than Coldplay. “They are very ambitious: I don’t think people quite understand that,” reports Bill. “They are determined to put on spectacular shows and groundbreaking tours, so it’s a pleasure to work with such creative minds.

“Coldplay have a tendency to change their minds about things at the last minute, but that’s just one of the challenges that you have to expect when working with great artists and it happens with most bands. I think it’s because a lot of acts don’t understand drawings and when they see the reality of a creative plan in the actual production, they want to change things so that it matches the expectations of their vision. It puts a lot of pressure on everyone working in the crew when that happens, but for Coldplay, we’ve all been working with them for a long time and everyone wants to push the envelope to make each show better and better.”

Read the rest of this feature in issue 69 of IQ Magazine.