A decline in attendance, high operating costs and conflict with animal rights groups have rendered the legendary circus unsustainable 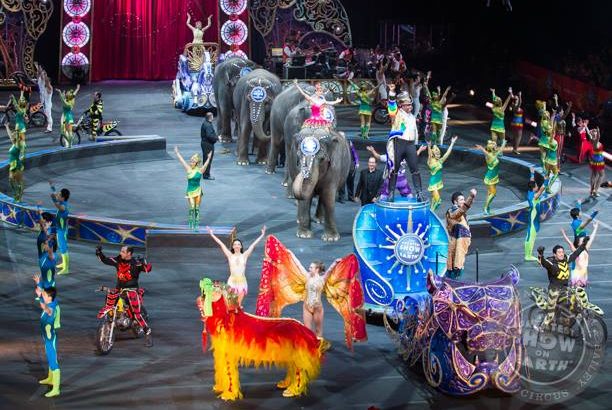 The 146-year-old Ringling Bros. and Barnum & Bailey Circus will close forever in May after battling with a decline in attendance and high operating costs, amongst other factors.

The event was named in Pollstar’s top 100 tours of Q1 2016, taking ninth place with 252,571 tickets sold. However, that isn’t enough to sustain the legendary circus. Due also to changing public tastes and prolonged conflict with animal rights groups, the show’s management have decided to close for good.

The company broke the news to circus employees Saturday night after shows in Orlando and Miami. “There isn’t any one thing,” said Kenneth Feld, chairman and CEO of Feld Entertainment. “This has been a very difficult decision for me and for the entire family.”

“Ringling Bros. ticket sales have been declining, but following the transition of the elephants off the road, we saw an even more dramatic drop. This, coupled with high operating costs, made the circus an unsustainable business for the company.”

A message from Feld online reads: “Ringling Bros. ticket sales have been declining, but following the transition of the elephants off the road, we saw an even more dramatic drop. This, coupled with high operating costs, made the circus an unsustainable business for the company.”

Ringling has been targeted by activists who say forcing animals to perform is cruel and unnecessary. In May of 2016, after a long and costly legal battle, the company removed the elephants from the shows and sent the animals to live on a conservation farm in Central Florida.

Ringling Bros. has two touring circuses this season and will perform 30 shows between now and May. Major stops include Atlanta, Washington, Philadelphia, Boston and Brooklyn. The final shows will be in Providence, Rhode Island, on May 7 and in Uniondale, New York, at the Nassau County Coliseum on May 21.

The circus, with its exotic animals, flashy costumes and death-defying acrobats, has been a staple of entertainment in the United States since the mid-1800s. Phineas Taylor Barnum made a traveling spectacle of animals and human oddities popular, while the five Ringling brothers performed juggling acts and skits from their home base in Wisconsin. Eventually, they merged the Feld family bought the Ringling circus in 1967.

Some 500 people perform and work on both touring shows. A handful will be placed in positions with the company’s other, profitable shows — it owns Monster Jam, Disney on Ice and Marvel Live, amongst others. Juliette Feld said the company will help those who aren’t placed elsewhere with job placement and resumes, as well as housing relocation.