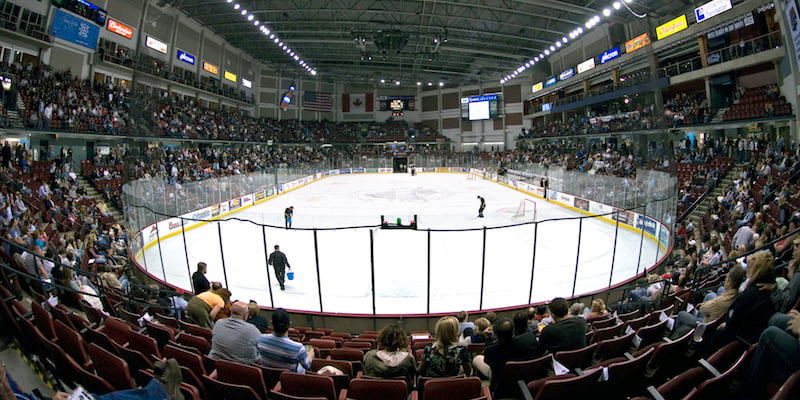 The CenturyLink Arena, then the Qwest Arena, in 2007, configured for ice hockey

Live Nation has become the exclusive promoter for several venues in the north-western United States, including Idaho’s CenturyLink Arena (17,000-cap.) and Eagle River Pavilion (4,000-cap.), with the acquisition of Boise-based CT Touring.

“I’ve been working with [Live Nation north-west president] Jeff Trisler for years and he brought it up,” Thornton tells Pollstar. “He wanted to concentrate on Seattle and Portland, Oregon, and asked if I’d be interested in heading up a new division and really concentrate on the stuff I’ve done now for 24 years. It kind of rolled from there.

“It’s a change for me. But the access Live Nation provides and working with [co-president of North American touring] Bob Roux and [CEO] Michael Rapino and everybody – there’s so much stuff they are doing and it’s growing so fast. I’m bringing my employees with me, so it’s cool.”

“The north-west is one of the fastest growing live entertainment markets in the country, and Creston’s expertise will be valuable in maximising our opportunity there”

“Creston fills a gap that will help Live Nation expand in the region,” adds Roux. “The north-west is one of the fastest growing live entertainment markets in the country, and Creston’s expertise will be valuable in maximising our opportunity there.”

Upcoming CT Touring shows include Steel Panther at the Knitting Factory and Eric Johnson at the Egyptian Theatre – both in Boise – the latter co-promoted by Live Nation.

The deal is Live Nation’s second buy this year, after the Bottle Rock festival earlier this month, following an acquisition-heavy 2016.