As concern grows in Australia over the prevalence of sexual assaults at shows, Laneway has launched the 1800 LANEWAY helpline for festivalgoers who feel unsafe 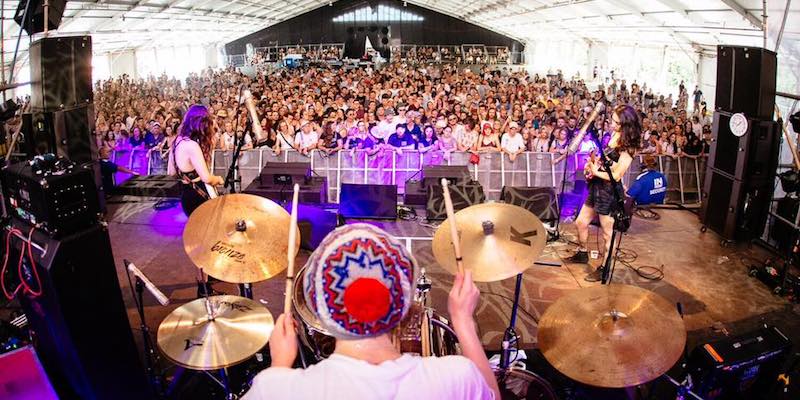 St Jerome’s Laneway Festival, the popular touring festival currently making its way across Australia, has introduced a hotline for attendees to report incidents of “disrespectful behaviour” at its events.

The move comes as Australian festivals seek to clamp down on sexual harassment following indecent assaults at several events, including the 2017 editions of Unify Gathering and Falls Festival in Tasmania.

Other recent incidents include a man groping female fans at a show by Tasmania band Luca Brasi and another urinating on people at a Spiderbait gig in Melbourne.

The launch of the hotline (1800 LANEWAY) was inspired by Melbourne band Camp Cope’s It Takes One campaign – described by frontwoman Georgia McDonald as “tak[ing] a stance against the increasing incidences of abuse and assaults that take place at shows” – and has also won the backing of fellow Laneway performers GL and Julia Jacklin.

“Just remember when you come through the gates that Laneway and other festivals and music venues are supposed to be places where people feel safe at, they feel included and they feel like they can have fun without getting touched or pushed around,” says Jacklin. “We come to these places because we want to avoid the bullshit outside, so don’t bring the bullshit inside. Just be a good person.”

Watch the launch video below: