Turk Cazimero, aged 56, has been ordered to pay back those he conned 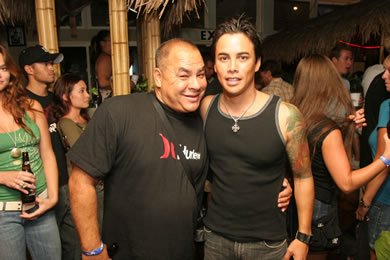 The Hawaiian promoter who conned 18 people into investing $900,000 into fake concerts has pleaded guilty and could face up to 20 years in prison.

After soliciting money over a two year period between 2013 and 2015, he was arrested last year and detained by the FBI, who turned him over to the US Marshals Service.

In December he pleaded guilty to wire fraud in court and has been reordered to repay those he conned, reports Khon2.

Cazimero will be sentenced in April.