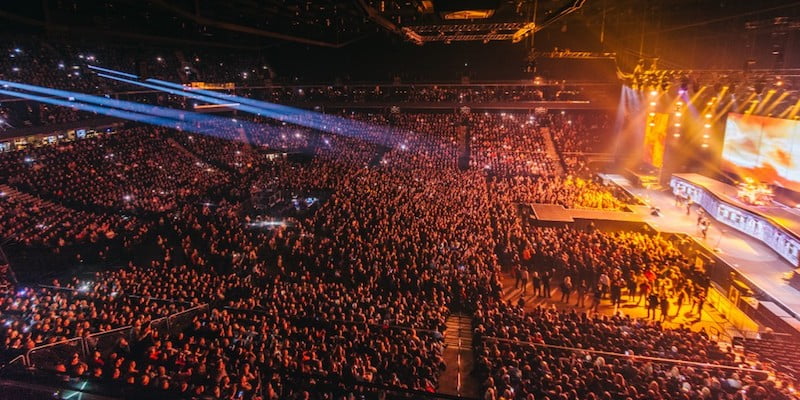 The European Arenas Association will this month welcome its 37th member: the Žalgirio Arena in Kaunas, Lithuania.

Following the 2016 additions of the ISS Dome in Dusseldorf, Germany, and Arena Armeec in Bulgarian capital Sofia, the organisation now represents venues in 22 European countries.

Casting its net even further afield, the EAA took a delegation of 28 executives from 17 European arenas to New York during the summer of 2016, for a three-day trip focusing on venue redevelopment.

The Europeans were welcomed as VIP guests to the Barclays Center in Brooklyn, the Prudential Center in Newark and Madison Square Garden, which has just undergone a US$1 billion (€950m) refurbishment.

The group toured each venue guided by the venue managers to gain an insight into each building’s individual features and to learn how they each overcome the unique challenges they face. Between tours, the group also met up with executives from Feld, Viacom and Archaio.

The success of the New York mission has initiated plans for a similar trip to examine major arenas in Las Vegas and/or Los Angeles in 2018. The EAA will hold its next general meeting in spring 2017 at the AccorHotels Arena in Paris.