DIY is the best way to do it!

Kevin Clark of Scotland-based The Broken Ravens explains how applying the DIY ethic, and a lot of hard work, has helped the band make inroads in the US 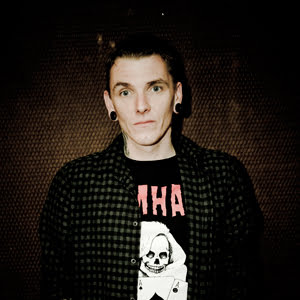 Things changed for The Broken Ravens after our invitation to showcase at a local industry event. Seminars with various industry professionals were run through the day, giving an in-depth insight into the business, as well as invaluable advice for the aspiring unsigned band. Meanwhile, showcases were staged at night, providing real opportunities for participating acts. We left the event with a plan. “Let’s do this, and do it ourselves!” Move up a gear.

Since the band formed in 2012, we have orchestrated everything ourselves – writing, recording, producing, shooting videos, PR, promotion, flyering, design, artwork, social media, branding, tour managing, making our own guitars, pedals, amps and, most importantly, financing. We are all veterans of the music scene and we have a wide variety of experience in the business side of things.

We spent two years back and forth from various bodies that are there to help aspiring musicians. A business plan was painstakingly created to co-ordinate a release; US dates to coincide with the release, and to follow-up on interest shown; and a detailed budget was devised that was easy on the wallet. We’d already released a single, toured, and put out two videos that had been received well. But frustrated by the lack of support and encouragement, we took it upon ourselves to put our new plan into action in autumn 2015. We headed straight to a local studio and recorded ten tracks and shot another video.

“There are so many hoops of fire to jump through with releasing material independently: demands for PR at a moment’s notice, and not to mention the nightmare that is the US working-visa application”

In November 2016, I combined a holiday to Los Angeles with business and set-up as many meetings as possible. Armed with Harris Tweed bags filled with USB sticks (containing the usual EPK and mixes of new recordings – that were still being mixed while I was in the air); Ishga luxury skin products (made from Scottish seaweed); band merchandise; and the deal-maker: good Scottish malt whisky. I found myself not only being a representative for the band but also for our island (Lewis in the Western Isles) and its produce.

The trip was a success, which resulted in The Broken Ravens being offered some showcase opportunities to interested parties. We went to town, quite literally, with our band merchandise and social media. Such was the overwhelming response locally, we raised enough money through selective home shows, sponsorship and merchandise, that we were able to book a trip to Los Angeles to showcase ourselves, hired a PR company to back the release of an EP to coincide with the showcase, and booked studio time to record more songs so that we could choose the most solid release possible. We were also fortunate enough to license music to a new video game and co-ordinate that with a PR campaign running at the same time to increase awareness of the band, in both the UK and US.

Not all as easy as it sounds – there are so many hoops of fire to jump through with releasing material independently, demands for PR at a moment’s notice, and not to mention the nightmare that is the US working visa application. It’s hard enough to find a company that won’t charge you the earth, let alone as an unsigned rock band having to prove that your talent and ability is internationally recognised. I sometimes think it would have been easier to break into Fort Knox. It’s been a steep learning curve that involved a lot of juggling and copious amounts of luck – two steps forward, then three steps back – but the most important thing is we are doing it, and, so far, we’ve done it all by ourselves. We made this happen.