Collaboration in music: Nobody does it better

Andy Bolter, a former art director and now creative partner at Yes&Pepper, explains why collaboration is important in every aspect of the music industry 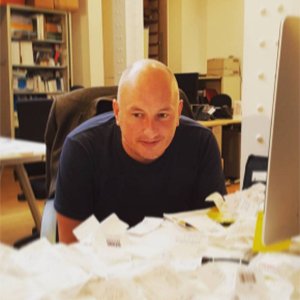 Through the decades, the world has become more and more open to sharing and collaborating. Whether it be coalitions in politics, or fashion designers and brands coming together under the same stable, there’s no doubt we have left the age where people, especially artists, are protective of their ideas and have entered a new era where individuals understand that they must collaborate to take their gift one step further.

With my time at some of the goliaths of the music press, including Kerrang!, Mojo and Q magazines, I have witnessed this lucrative industry evolve from artists and industry professionals competing heavily with one another to them promoting each other and working together more than ever.

The art of collaboration is as important as the art of producing a song in the music industry. It is a natural way of working – part of what makes us humans – and the music industry does it best. To create a tune, you must collaborate with producers, mixers, techies and other artists so that it can reach its full potential. Musicians aren’t keen on keeping their gifts to themselves – they share them with their audience, and this is where all the joy and satisfaction comes from.

There are some singers and songwriters who have blossomed in the industry by their own accord, writing, recording and filming a single which they then upload to a social media channel such as YouTube and, if they’re lucky, get millions of hits. (Just look at the likes of Justin Bieber and Shawn Mendez.) However, this ‘magic formula’ doesn’t work for everyone. There are hundreds, if not thousands, of artists who are still aiming to develop and reach their full potential and who should, perhaps, give collaboration a go.

Expanding your audience
One of the most important collaborations is with other artists. This adds to one’s experience and sources of inspiration, and gives a musician the chance to expand his/her work to a different kind of genre.

Working with other peers from the industry can also give your music a different type of sound; we regularly see rappers collaborating with singers or rock artists, featuring pop stars on their songs. This is firstly because their music will be heard by new ears, but mainly to have a different sound compared to what they usually put out.

Jay-Z, one of the most popular rappers in the world, collaborated with Linkin Park, a rock band, to make one of his greatest singles, ‘Encore’. This ensured fans of the rock band would listen to the song, rather than only his usual audience – a great marketing ploy. Other than this, Jay-Z has released several hit songs with his wife, Beyoncé, who is not only one of the most sought-after female artists in the world but half of arguably the biggest power couple in music. Their duetting always holds emotional value – no wonder most of the songs they make together are number ones.

Going live
Every artist, aspiring or established, must embrace the big stage one day and perform in a concert, whether as a feature act or headliner. To perform as an opening act, an artist must already collaborate with the main act to gain this spot. Even established artists must collaborate with promoters, sound engineers, back-up dancers and DJs to get the tickets to their show sold.

The late Prince was one of the only artists I witnessed who had complete control of his work from start to finish, in both live and recorded forms – which makes me wonder: could this have meant that he didn’t reach his full potential? Could he have been better if he did collaborate? I certainly think so.

Collaboration is needed in all aspects of life, and it is the oxygen the music industry needs to breathe

Down to a fine art
During my time at various design studios in and around London, I’ve been lucky enough to design several record sleeves for a few independent labels. Traditionally bands are filled with art-school kids who want to do it themselves, but when musicians work with designers and art directors to create a visual identity for their music it requires many ideas being swapped and discussed. I always had to listen to the musician to make sure I could deliver what they imagined, while adding my own creativity to the mix.

With the musical landscape arguably the most competitive it’s ever been, artists are still helping each other to build the foundations of their career. Big musicians are working with smaller musicians, rock stars are working with pop stars and the music world is thriving. There is no hierarchy when it comes to collaboration; the sun must cooperate with the soil to let beautiful orchids blossom. Collaboration is needed in all aspects of life, and it is the oxygen the music industry needs to breathe.

To every artist around the world: keep collaborating and you’ll keep growing!