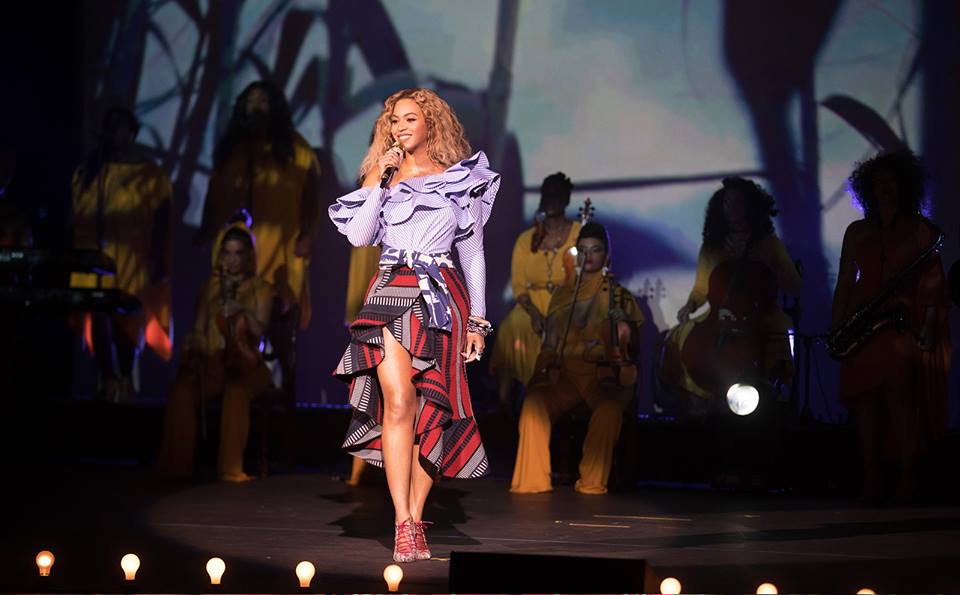 The line-up for Coachella 2017 has been revealed, with Beyonce, Radiohead and Kendrick Lamar set to headline the festival in April.

Promoted by Goldenvoice, the event returns this year to the Empire Polo Club in California and takes place across two weekends.

Radiohead are headlining on Friday April 14th and 21st. Other acts on the bill for those dates include the XX, Travis Scott, Father John Misty and Empire of the Sun.

Last year Goldenvoice won approval from Indio City Council to increase the festival’s capacity by 26.3%, with the attendance cap rising from 99,000 to 125,000. 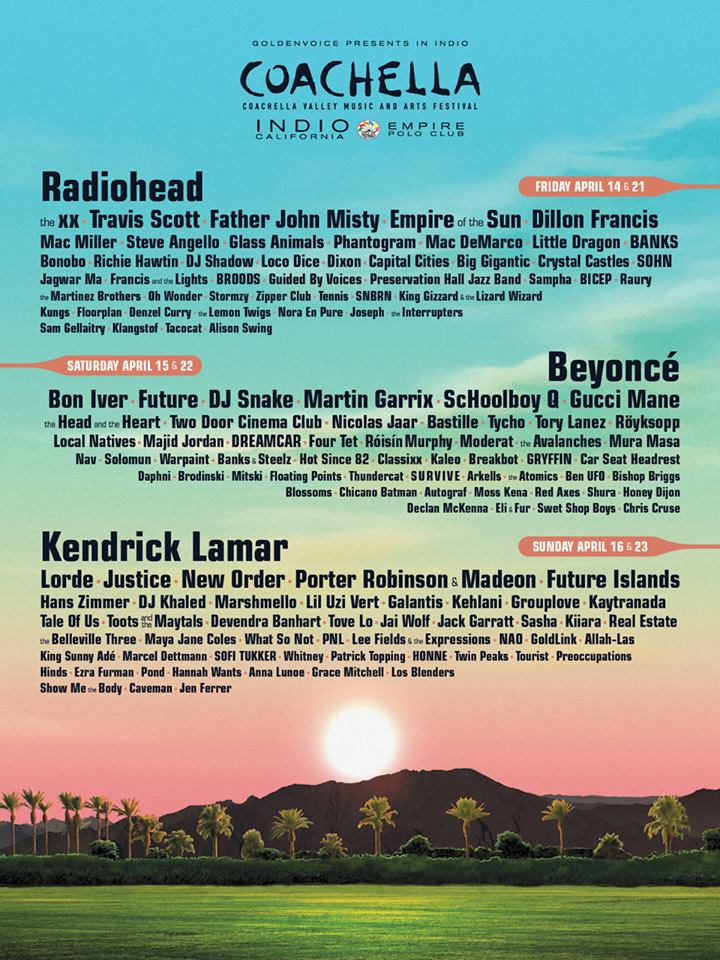