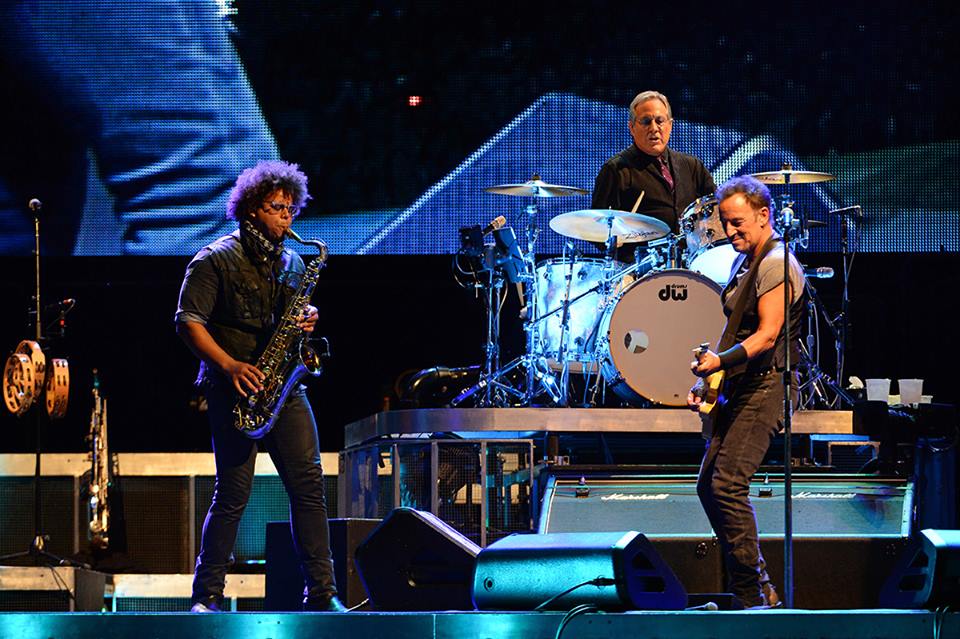 Organised by BPB Consulting and the Creative Artists Agency, the tour was the first in two years for Springsteen and band, and was in support of his 2015 box set, The Ties That Bind: The River Collection.

Taking second place on Pollstar’s year-end lists was Beyoncé with The Formation World Tour—another CAA project. Over 49 shows, the tour grossed $256.4m, with an average ticket price of $114 and over 2.2m sold.

Coldplay take third place with the A Head Full of Dreams Tour, organised by Paradigm and X-ray Touring, grossing $241m. Over 2.6m tickets were sold across 60 shows, with an average price of $90.

Guns N’Roses’ Not In This Lifetime… Tour is fourth with $188.4m across 44 dates. 1.6m tickets were sold with an average price of $111 and UTA and ITB shared agency duties.

Further down the list is Justin Bieber at sixth place, followed by Paul McCartney, Garth Brooks, The Rolling Stones and Celine Dion. 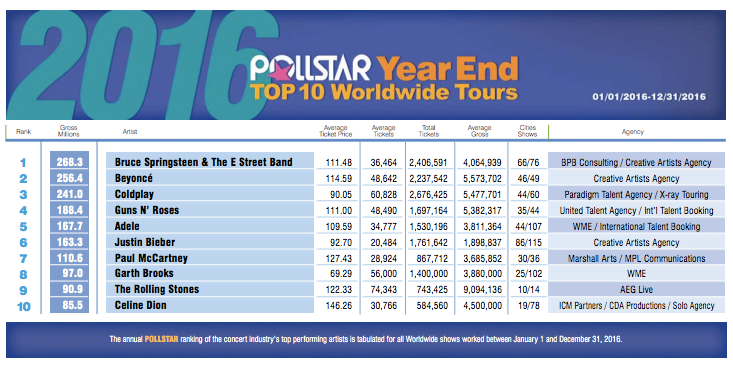