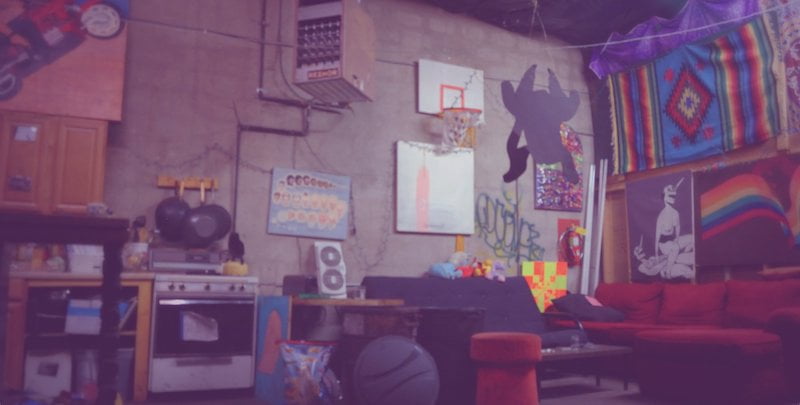 One of Rhinoceropolis's DIY creative spaces

A ‘DIY’ venue and cultural space in Denver, Colorado, has been closed for “numerous serious fire code violations” following the deadly blaze at California venue Ghost Ship on 2 December.

According to the Denver Fire Department, an investigation – reportedly in response to complaints from residents – revealed a “hazardous environment including extension cords used for permanent wiring, wrapping paper on the walls and plastic on the ceiling” at Rhinoceropolis, widely recognised as the focal point of Denver’s underground music scene.

Additionally, the venue is, like Ghost Ship, “not zoned for residential use and therefore does not have the required smoke detection devises [sic] and fire suppression systems (ie sprinkler systems)”, says the fire brigade.

In addition to serving as a music and exhibition venue, Rhinoceropolis was used as a live/work space for artists. Its management says it anticipates being able to reopen as a venue.

“Shutting things down is not a solution”

In a statement released to Denver7, local cultural association RiNo Arts District says the venue’s closing is “likely a knee-jerk response to the tragedy at Ghost Ship” and that it is working towards “reopen[ing] Rhinoceropolis as a music venue as soon as possible”.

It continues: “With urgency, we will be continuing our conversation with the city about the importance of artist-run spaces and what we all can do to help ensure they continue to exist in a safe, but affordable, way, so that our artists can live and create in our urban core.

“Shutting things down is not a solution. Working together, creatively, to address safety issues while allowing creative uses is.”