The Rolling Stones, David Bowie and Abba can now be on the road forever, never missing a show and performing the same 'set'. But how? Any why? 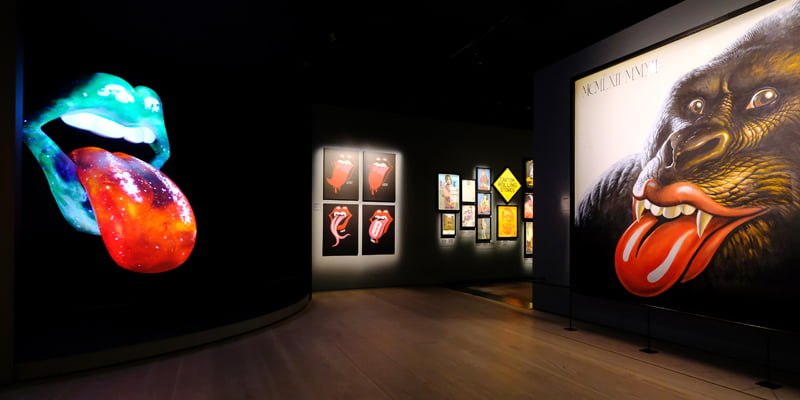 'Exhibitionism' attracted more than 300,000 visitors to its London residency

There is a post-Napster and post-Spotify maxim in the music business that touring used to be the loss-leader to sell albums, and now that has been inverted so that albums are the loss-leaders to sell tours. How can that revenue be maximised if the act splits up, has passed away or fancies a few years lazing around in one of their multiple homes? By putting everything around them – clothes, artwork, instruments, scribbled lyrics, old contracts, unseen photos – on the road as they slipstream the boom in the touring exhibitions space.

Music is, relatively speaking, late to the party here but, as with most things in his career, Bowie was the innovator. His exhibition that opened at the V&A in London in 2013 (David Bowie Is…) proved a watershed moment for music-centric exhibitions, selling out its run, garnering critical praise, and now touring the rest of the world. The Stones’ Exhibitionism has left the Saatchi Gallery in London and go on the road, starting in New York from November. A major Pink Floyd exhibition will open next year, as will one around Abba (whose ‘touring’ since their split in 1982 was confined to the Mamma Mia! jukebox musical). It is suddenly getting very busy here.

What can music exhibitions learn from those already in the field? What can they do right? What are the mistakes they are likely to make? And how much money can they generate? IQ spoke to experts from around the world (dealing in family exhibitions, celebrity exhibitions, museum exhibitions and more) in order to understand what they do and how they do it.

Read the rest of this feature in issue 68 of IQ Magazine.