Oliver Bengough, who purchased the then-Camden Palace in 2004, has bought LiveXLive parent Loton Corp's stake in the north London venue 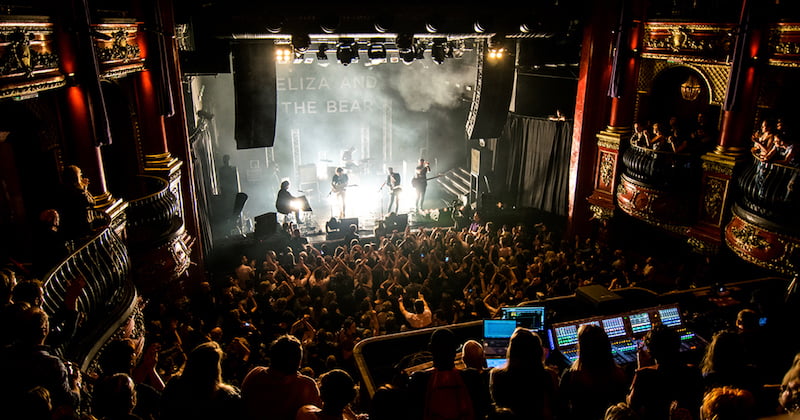 Eliza and the Bear play Koko Camden in 2015

Oliver Bengough, the founder of Koko, has taken sole ownership of the north London venue with the purchase of the remaining 50% of shares in owner/operator Obar Camden Holdings Limited (OCHL).

The 1,410-capacity venue – known as the Camden Palace until 2004, when it was purchased and refurbished by Bengough and his Mint Group company – was previously owned 50% by Bengough and 50% by Loton Corp.

As of 30 November, Bengough personally owns 100% of OCHL, following Mint Group’s pulling out of Koko in May.

“This marks a great day for the company and for the future of Koko,” he comments. “The well-being and continued success of this iconic live venue is now secured.”

Artists who have performed at Koko in its current iteration include Prince, Coldplay, Oasis and Amy Winehouse, while The Rolling Stones famously appeared at the then-Camden Theatre in 1964.

Koko posted a 2.4% increase in turnover in the last financial year (31 March 2015–31 March 2016), with an EBITDA (earnings before interest, taxes, depreciation and amortisation) increase of 7.2%.