As the Aarhus event confirms The 1975 for 2017, booker John Fogde tells IQ tickets are selling "historically well" amid strong growth in the Danish festival market 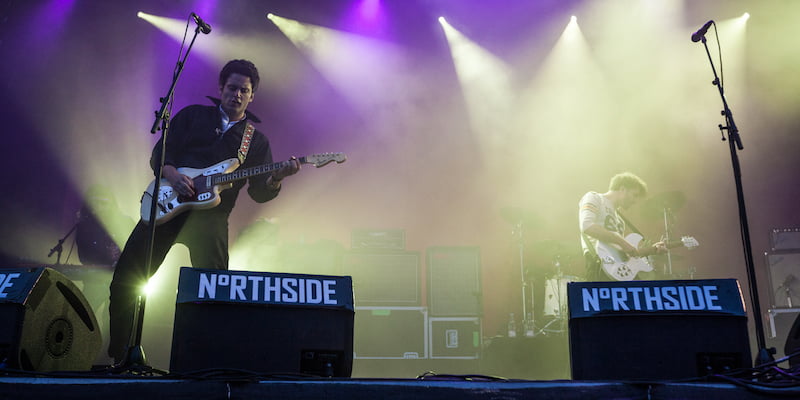 NME album of the year winners The 1975 and veteran US experimental rockers Primus were today confirmed for Denmark’s NorthSide festival, which is on course for its best-ever year.

Today’s announcement, which also includes The Kills and Danish break-out act Off Bloom, comes after the festival landed Radiohead, Frank Ocean, Bastille and Run the Jewels for its eighth edition, which is selling “historically well”, according to booker John Fogde.

“We are approximately three months ahead of our best year ever, 2014, so sales for NorthSide 2017 are going historically well right now,” Fogde tells IQ.

NorthSide, promoted by FKP Scorpio Nordic, Mads-Kristian Sørensen’s MKS 64 Holding and Brian Nielsen and Flemming Myllerup’s Down the Drain Holding, has taken place in Aarhus since 2010. Aside from big-name acts – Iggy Pop, The Chemical Brothers, Beck and Duran Duran were among 2016’s headliners – the festival is known for its environmental friendliness, hiring tuxedoed ‘trash butlers’ and forbidding camping and car parking in the name of sustainability.

“I didn’t think the concert and festival market could get crazier than 2016, but it looks like 2017 will top everything we’ve seen before”

Fogde says NorthSide 2017’s success comes amid a “crazy” time for live music in Denmark. “I didn’t think the concert and festival market could get crazier than 2016,” he explains, “but it looks like 2017 will top everything we’ve seen before, with the addition of Royal Arena in Copenhagen in February and shows from Justin Bieber, Depeche Mode, Robbie Williams, Bruno Mars and many more.

“And even though there seems to be a new festival every week, Smukfest still managed to sell 28,000 tickets in five hours, which is insane and unprecedented.”