Headlining, in a UK festival exclusive, are Muse, who will return to the festivals for the sixth time (their third as a headliner) in the last weekend of August.

“I’m thrilled to be able to announce Muse as the first headliner for Reading and Leeds 2017,” says Festival Republic boss Melvin Benn. “Their incredible live show promises to be an unforgettable performance. We have so much more to announce and I can’t wait to reveal the rest of the line-up.”

In a wordy press release, the Barcelona event says the bill bears “the inimitable stamp of Primavera Sound that is the very essence of the contemporary scene and which, at the same time, consolidates the festival as an international cultural reference and reinforces its inescapable commitment to the history of contemporary music”. Well, quite. 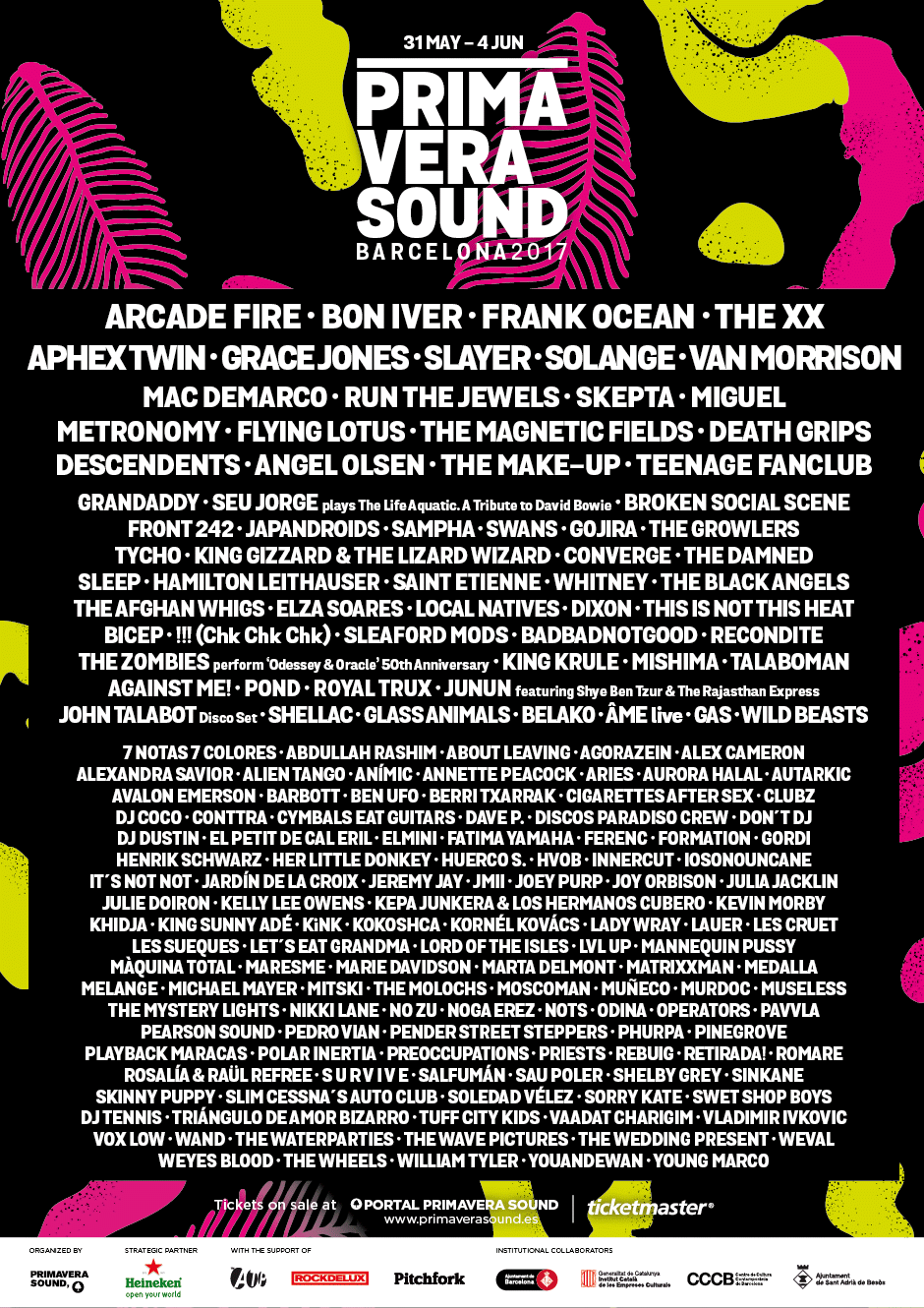 Both Arcade Fire and Solange will also appear at Roskilde Festival, which yesterday announced the second wave of its 2017 line-up.

Joining them are Blink-182 – the US pop-punk trio earlier this week confirmed, “for some reason”, for Norwegian metal festival Tons of Rock – Justice, Erasure, Jagwar Ma, Kano and 18 other acts drawn from Europe, North America, Africa (one: South Africa’s Bcuc) and Asia (South Korea’s Black String).

“Arcade Fire have spearheaded a new generation of indie rock, and they’ve grown tremendously in terms of both ambition and popularity since their last visit to Roskilde Festival 10 years ago,” says the Danish festival’s head of programming, Anders Wahrén. “We look forward to a majestic and overwhelming night when they play our iconic Orange Stage in 2017.

“The acts that we’ve announced today are from 10 different countries and represent a myriad of different styles. On a larger scale, this sort of diversity is what’s so important to us. From Korea’s Black String to a trendsetting urban artist like Kano, from a political star like Solange to something heavier like Red Fang, these artists all do something unique in totally different ways.”

A total of 39 acts – around a quarter of the line-up – have now been announced for Roskilde 2017. Foo Fighters were the first, in mid-November. (Solange Knowles photo by Toni Rosado/scannerFM.)

The Foos will also appear at Live Nation Belgium’s Rock Werchter, which has, since we last checked in, added Arcade Fire, Blink-182 and Kings of Leon to its 2017 bill.

The line-up as it stands: Kings of Leon and Arcade Fire play on Thursday 29 June, Radiohead on Friday 30 June, and Blink-182, Linkin Park and System of a Down on Saturday 1 July. (Caleb Followill/Kings of Leon photo by Daniel Patlán.)

Back to Barcelona, and festival and conference Sónar has announced the first details of its programme for next year.