The London venue, acquired in May, will benefit from the addition of a new live room and the Americana-inspired The General Store bar and café 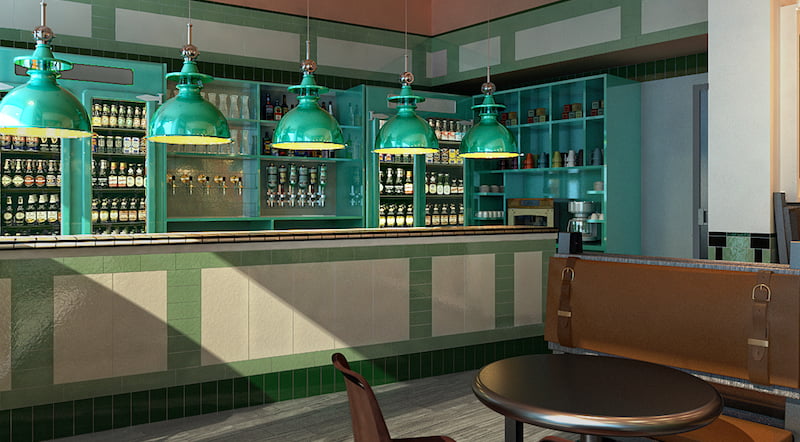 An artist's impression of The General Store

DHP Family has released the first details of its redesign of The Garage, one of two London venues it acquired from Live Nation earlier this year.

The Highbury venue will from February house a new performance space, dubbed Thousand Island, in addition to its 600-capacity main room, which will also be refurbished and fitted with a new sound system.

The new live room will be joined by The General Store, an all-day café and bar serving craft beer and cocktails.  The bar will, says the Nottingham-based promotion and venue group, “hark back to the filling station stores of small-town America” with reclaimed petrol pumps, large beer fridges and a “range of cocktails served from items you’d find in the store, such as cornflake packets and Campbell’s soup tins, alongside a changing selection of American and British craft beer”.

“We look forward to reinventing the space for a new generation”

DHP Family managing director George Akins says: “The Garage has been on my radar for about 10 years now, when I first looked to buy it. For one reason or another we have just missed out on taking over this iconic venue and breathing new life into it. Its location, layout and history are perfect for what we are looking for in a venue and we look forward to reinventing the space for a new generation.”

DHP bought The Garage and Soho’s The Borderline in May. Operations director Anton Lockwood told IQ at the time the company planned to make the famed venues “places where people actually want to go rather than just, ‘Oh, that’s where the band’s playing, that’s where you have to go to see them.'”