Inspired by London, Austin and San Francisco, councillors Josh Colle and John Filion are seeking to both protect existing music venues and make it easier to open new ones 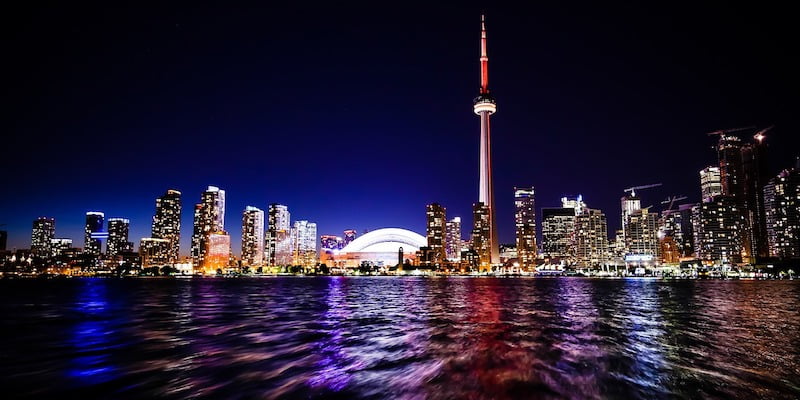 Toronto's skyline, as seen from the harbour

Taking inspiration from Music Venue Trust in the UK, which in March secured government support for the protection of British music venues, two Toronto city councillors have launched a campaign to protect their city’s venues and streamline the procedure for the opening of new ones.

“Being home to countless live music venues and music festivals, the city of Toronto is North America’s third largest and Canada’s largest music market, having an estimated economic impact of at minimum $700 million per year,” Cllrs Colle and Filion write. “However, the City of Toronto’s rapid gentrification and redevelopment could negatively impact its live music industry.

“Toronto should follow the lead of cities like London, Austin and San Francisco by taking proactive steps to protect its existing live music venues”

“Between 2007 and 2015, the city of London, United Kingdom, lost 35% of its live music venues. This tremendous decrease is believed to be the result of a number of issues, mostly relating to development, gentrification and rising property taxes, caus[ing] live music venues to close their doors either because they could not afford their increased rent or because their properties were sold to developers. Those venues that were able to survive this redevelopment were then crushed by stricter licensing standards enacted because of complaints made by people living in newly built residential areas near their properties.

“All of these development-related factors contributed to the closure of many of London’s iconic music venues, thus impacting the city’s grassroots music scene and, ultimately, the United Kingdom’s booming music industry. In light of these issues, London established the mayor’s Music Venues Task Force, which aims to halt the decline of live music venues in London, both by setting forth a rescue package to protect existing venues and by promoting the creation of new venues.

“Cities around the world – including London, Melbourne, San Francisco […] and Austin, [Texas] – have explored the use of tax incentives, heritage designations, zoning changes, noise mitigation measures, reducing red tape and many other strategies to preserve and encourage robust live music scenes.

“In light of these pressures on its live music scene, the city of Toronto should follow the lead of cities like London, Austin and San Francisco by taking proactive steps to protect its existing live music venues and encourage the establishment of new venues.”

The motion will be considered by Toronto City Council next Tuesday (8 November).

Ontario, the province of which Toronto is the capital, was hailed as a “live music powerhouse” by Music Canada in January, with revenue from live music topping $628 million in 2013–14.