“I thought it was a joke”: Brussels taxes dancing

In addition to entertainment taxes, venues in Brussels are facing bills of €0.40 per dancer under a little-known two-year-old tax on 'dancing parties' 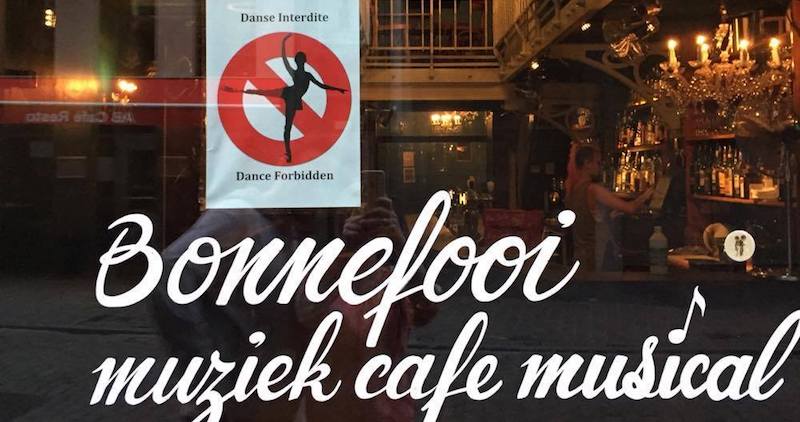 "Dancing forbidden": A tongue-in-cheek notice on the Bonnefooi

A Brussels venue has been hit with an unexpected tax bill this month – for a little-known levy on dancing.

The tax, on “dancing parties” (parties de danse), has been on the city’s books since 2014 but is apparently only now being enforced.

Nicolas Boochie, of the 170-cap. Bonnefooi, tells local magazine Bruzz the tax is based on the number of people dancing: 40¢ per person per night. “At first I thought it was a joke, but it is apparently real,” he says. “The city has several times sent people round incognito to count the number of dancers.”

Bonnefooi says the inspectors found an average of 50 people dancing per night at weekends. “That means €20 per night and €160 per month,” he explains. “So, per year, we have to pay almost €2,000 in this tax – money I would personally prefer to spend on the artists who come to perform for us.

“I would assume that there is a good reason [for the tax] to exist, but I have no idea what it would be.”

According to the city of Brussels, events involving dancing “entail additional expenditure [for city authorities], in particular on safety, public peace and public order”.