The feature, which allows venues to "catalogue their entire concert history in an interactive way", launches with New York's Capitol Theatre and Brooklyn Bowl 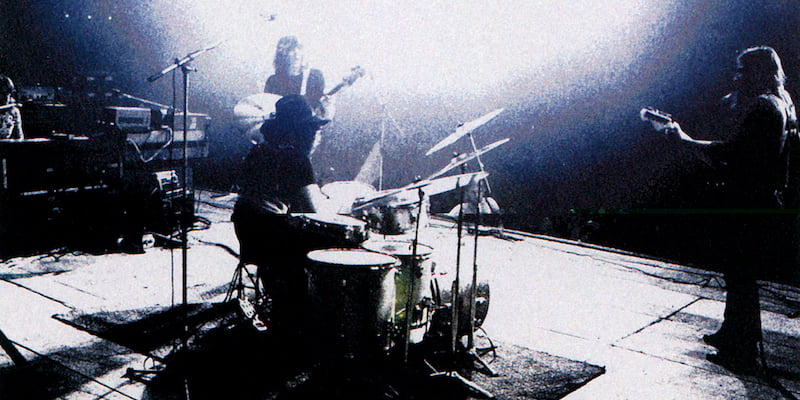 Pink Floyd play the Cap, as seen on the 'Port Chester 1970' bootleg

The site, which lets users build profiles based on concerts they have attended, will be rolling out a “series of updates […] to support venues in the coming months”, beginning with the venues timeline feature, which allows partner venues to “catalogue their entire concert history in an interactive way, featuring photos, videos and memories from past shows”.

“The Cap is a veteran concert hall that’s seen countless iconic shows in its tenure, from the Grateful Dead to the Stones, My Morning Jacket to the Strokes,” says Shapiro. “Fans is proud to provide means for venues like it and the Bowl to keep these important memories alive for fans. Nostalgia is a powerful part of the fan experience, and there’s no other place for music lovers to dig into these mementos.

“Where else can you see Pink Floyd opened the Capitol Theatre back in 1970 with ‘Grantchester Meadows’ and closed with ‘Interstellar Overdrive’?”

“Where else can you see that Pink Floyd opened the Capitol Theatre back in 1970 with ‘Grantchester Meadows’ and closed with ‘Interstellar Overdrive’?”

The timelines will be embedded on both the venues’ websites and their Fans pages.

Shapiro adds that “more Fans-powered venue timelines will be rolling out in the coming weeks”.

Fans launched in August after more than two years of development. “There is no platform for being a fan,” Shapiro told The New York Times at the time. “Facebook was meant to be a connector to friends and family. But if you are a Slayer fan, you might not want to post about that if you work at Chase Bank or if your grandma is on your Facebook page.”

Crowdmix, a similar platform based in the UK, filed for bankruptcy in July after burning through over £14 million in funding.