Making the most of Malaysia

Rahul Kukreja is director of live events for the Livescape Group. He explains his ambitions to develop Malaysia's standing in the south-east Asian touring market 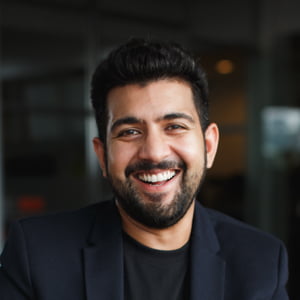 I started out as a musician, playing and touring in a band called One Buck Short (OBS). We were able to tour and play alongside great regional and international bands around Asia and Australia. Touring was a constant learning experience, seeing both sides of the live industry and learning so much from the concert promoters who had us on their line-ups. So I not only got to pursue my passion for music, but I met a lot of promoters, artists and agents, which helped grow my career in artist booking.

I was probably inspired by my first ever concert, many moons ago, seeing Michael Jackson play in Brunei, where I grew up. The production was world-class and I remember being awestruck and thinking, “Wow! I have to do something like this!” I must’ve been 12 or 13 then.

I really look up to people like Michael Chugg, as he was one of the first international promoters I assisted with some Asian shows many years ago. He also booked OBS in Australia when we were active. I hope to meet Michael Eavis at Glastonbury and Paul Tollett at Coachella some day, so I can learn how to sustain a music festival and how to overcome the various adversities that all concert promoters face.

In our markets in Asia, dealing with government bodies is always a ‘delicate’ process because people don’t like what they don’t understand and recognise. We are a very forward-thinking company known for bringing in products and experiences previously unheard of, such as our floating EDM festival, It’s the Ship. It is difficult selling a completely original product, having to persuade and convince sponsors, government bodies, fans and audiences to pay to attend the show. But this is the job of a concert promoter. We exist to introduce people to new music and experiences.

All promoters and festival organisers in the south-east Asia (SEA) region are the main educators for agents, managers and artists. They have to understand the adversities we encounter when trying to organise a festival, concert or even a club show. The currency and government are prime examples of the difficulties we face, but we are passionate about music and events and fight hard in order to make SEA realise its maximum potential as an entertainment hub.

“The currency and government are prime examples of the difficulties we face, but we are passionate about music and events”

Nowadays, music is accessible on all platforms so finding all kinds of music is not hard, and has been a key factor in developing the musical tastes and knowledge of local audiences. Local acts have also been using these platforms to help people explore their sounds, and not just the music of international artists. This accessibility also helps local artists to develop and improve the quality of their work. We actively encourage these talents by giving them opportunities to play alongside well-known international acts in all our events. We aim to grow, nurture and promote international recognition by starting a division to develop these acts.

Visiting international festivals has led to local audiences wanting something similar, so SEA offers prime markets for new events. Among the few most popular music festivals to date are It’s the Ship, Future Music Festival Asia and Rockaway Festival.

If the Malaysian government continues to shut itself off from the potential of new music and experiences, the country is going to get left behind in the SEA region. If it continues to oppose certain genres of music, music entertainment in the country will lack variety. Currently, countries like Singapore, Indonesia, Hong Kong and Philippines are at the forefront of the touring market and there is connectivity between all these markets thanks to low-cost airlines and trains that Malaysians can easily take to another country in order to experience what their own country lacks.

When Future Music Festival Asia was at its peak, it grossed RM180 million from tourist expenditure alone in the month of March. We hope to further promote Malaysia as an entertainment hub for tourists and for that to happen, we’ll have to work harder and more closely with the government and relevant authority bodies to educate them on the potential of the music events industry in order to grow Malaysia into the main touring market in SEA.