The AEG subsidiary has revealed its Buena Vista, Co., festival won't go ahead after councillors voted to grant only a one-year permit and curb sound levels at 85dB 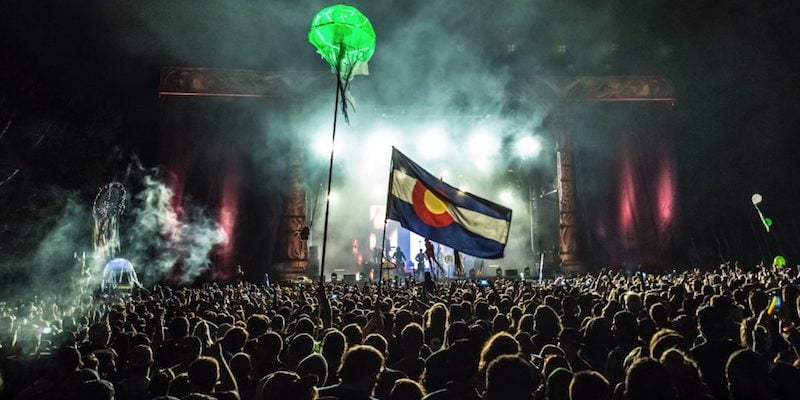 A Coloradan flag flies at Vertex 2016

IQ reported last month that the fledgling festival had been given a one-year permit extension for 2017 on the condition that it institute a strict curfew and 85dB noise limit, which festival director Michael Sampliner said would make the event “untenable”.

Buena Vista residents cited “several notorious issues, mostly related to drug use on the festival grounds and multiple drug busts related to the festival, noise and light disturbances and the 1.30am curfew Friday and Saturday night” as reasons for their opposition to Vertex.

A statement from Vertex says the festival will now not go ahead in 2017, but may return the following year.

“The recent approval of the permit for Vertex in 2017 is much appreciated, and displays the collective intentions to discover a great path forward,” it reads. “Buena Vista’s relationship with a world-class festival has amazing potential.

“Rushing forward could compromise the quality of the festival and is not in the best interest of Buena Vista or Vertex. We look forward to ongoing productive discussions with the community so that we can best plan the dream of what Vertex can become.”

The Denver Post reports Madison House says it requires a three-year permit, for which it originally applied, and not the one-year permit granted by Buena Vista councillors.

“We need a three year permit in order to make the investment that this festival requires to be successful, and hope to re-apply next year,” Sampliner wrote in an email to councillors.