The acquisition gives Live Nation Sweden a foothold in the rock/metal market, with the long-running festival joining EDM event Summerburst and indie festival Way Out West 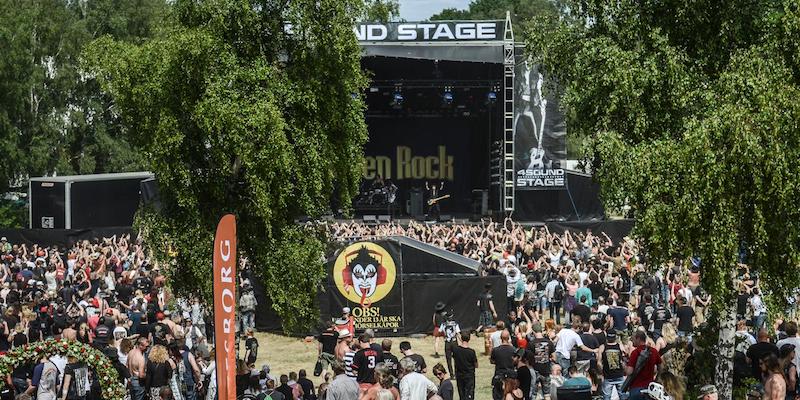 Live Nation has acquired a majority stake in one of Sweden’s most successful music festivals, Sweden Rock.

The deal, announced today, sees the group’s local subsidiary, Live Nation Sweden, acquire a majority of Sweden Rock’s shares, although both parties insist there will be no changes to the running of the festival or its programming.

Head promoter Martin Forssman comments: “The live entertainment industry is moving more and more towards a few large companies booking artists for shows in many countries and during long periods of time. In that environment, a cooperation with Live Nation is the ultimate way forward for us.”

Live Nation Sweden also runs Way Out West and, through its majority stake in SPG Live – acquired last March – the Summerburst and Lights Festivals, as well as promoting more than 2,000 concerts a year.

Thomas Johansson, Live Nation’s chairman of international music, tells IQ the acquisition of Sweden Rock is part of a concerted effort by Live Nation Sweden to broaden its festival portfolio to include three distinct genres and geographical areas.

“The live entertainment industry is moving towards a few large companies booking artists for shows in many countries and during long periods of time. … A cooperation with Live Nation is the ultimate way forward for us”

“We already had [indie/electronic festival] Way Out West,” he explains, “then we acquired Summerburst, which is an EDM event, and now a rock festival.” He also points out that Live Nation now has festivals across the breadth of Sweden: Way Out West in Gothenburg, on the west coast; Summerburst in capital Stockholm, in the south-east; and Sweden Rock in Sölvesborg, in the far south.

In a statement, the festival, which has been held since 1992, says the “change in ownership will not affect the way the festival is being operated. The company and the festival will be run by the same staff and management, and in the same manner.”

“Both the festival and its headquarters will remain in Sölvesborg,” it continues. “The musical orientation will stay the same, and the current promoter team will continue booking the artists, now with assistance from the team at Live Nation.”

Johansson – who recently spoke exclusively to IQTV about his career so far – confirms that “absolutely everyone” currently involved with the festival will stay on. “They have done a wonderful job,” he says. “They’re absolutely amazing people.”

Aerosmith is the first act announced for Sweden Rock 2017, which will take place in Norje, near Sölvesborg, from 7 to 10 June.

Pearle* creates map for reopening of live events in Europe