Tour promoter Rob Hallett, PRO Socan and Canada's prime minister are among those mourning the loss of late singer-songwriter Leonard Cohen, who has passed aged 82 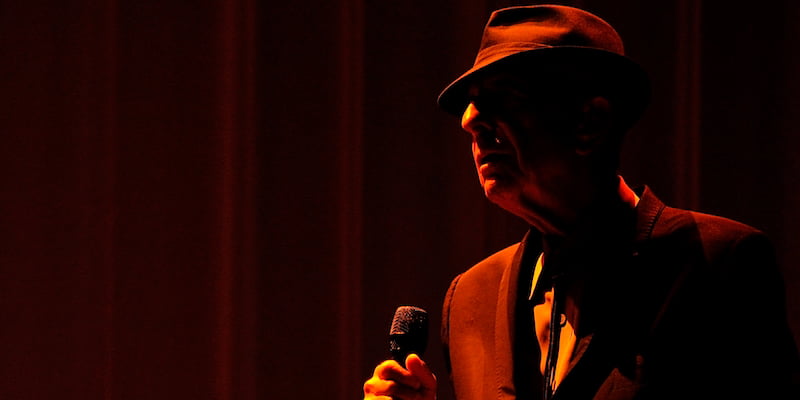 The news was broken in the early hours of this morning by an announcement on his official Facebook page, which read: “It is with profound sorrow we report that legendary poet, songwriter and artist Leonard Cohen has passed away. We have lost one of music’s most revered and prolific visionaries.”

His son, Adam, told Rolling Stone: “My father passed away peacefully at his home in Los Angeles with the knowledge that he had completed what he felt was one of his greatest records [14th studio album You Want it Darker]. He was writing up until his last moments with his unique brand of humour.”

Performance rights organisation Socan (Society of Composers, Authors and Music Publishers) described Cohen as one of its “most iconic members”.

“We have lost a cherished artist … He will be missed terribly”

“Leonard Cohen was a legend among legends,” said Eric Baptiste, the organisation’s CEO. “With iconic songs that defined an entire era, he inspired many generations all over the world. Socan was honoured to count him among our most prominent members. He will be sorely missed, but his songs will live on.”

Geneviève Côté, Socan’s chief Quebec affairs officer, highlighted Cohen’s lasting connect with his hometown of Montreal. “One could run into Leonard Cohen at Bagels Etc. on Saint Lawrence Boulevard, in the heart of the Mile End, having breakfast at the counter, a stone’s throw away from his apartment. Montreal was where he was born, and, even though he belongs to the global music community, he was [a Quebecker] and should be remembered that way.”

Trade organisation Music Canada, meanwhile, tweeted simply: “Our thoughts tonight are with the family of iconic Canadian singer-songwriter Leonard Cohen, who has passed away at the age of 82.”

Promoter Rob Hallett, who as AEG Live’s then-president of international touring was instrumental in coaxing Cohen out of retirement, thanked friends for their messages of condolences but said “the loss does not belong to me, but rather to the world”. He quoted Cohen’s song ‘Anthem’, saying: “There is a crack in everything; that’s how the light gets in.”

Neil Portnow, the president and CEO of the Recording Academy, said: “We are deeply saddened to learn of the passing of Grammy Award winner and 2010 Recording Academy lifetime achievement award recipient Leonard Cohen. During an influential career that spanned more than five decades, Leonard became one of the most revered pop poets and a musical touchstone for many songwriters.

“The loss does not belong to me, but rather to the world”

“His extraordinary talent had a profound impact on countless singers and songwriters, as well as the wider culture. We have lost a cherished artist and our sincerest condolences go out to Leonard’s family, friends and collaborators. He will be missed terribly.”

Canadian prime minister Justin Trudeau said Cohen “managed to reach the highest of artistic achievement, both as an acclaimed poet and a world-renowned singer-songwriter. He will be fondly remembered for his gruff vocals, his self-deprecating humour and the haunting lyrics that made his songs the perennial favourite of so many generations.”

He continued: “Leonard Cohen is as relevant today as he was in the 1960s. His ability to conjure the vast array of human emotion made him one of the most influential and enduring musicians ever. His style transcended the vagaries of fashion. […]

“On behalf of all Canadians, [my wife] Sophie and I wish to express our deepest sympathies to Leonard Cohen’s family, friends, colleagues and many, many fans. Leonard, no other artist’s poetry and music felt or sounded quite like yours. We’ll miss you.”