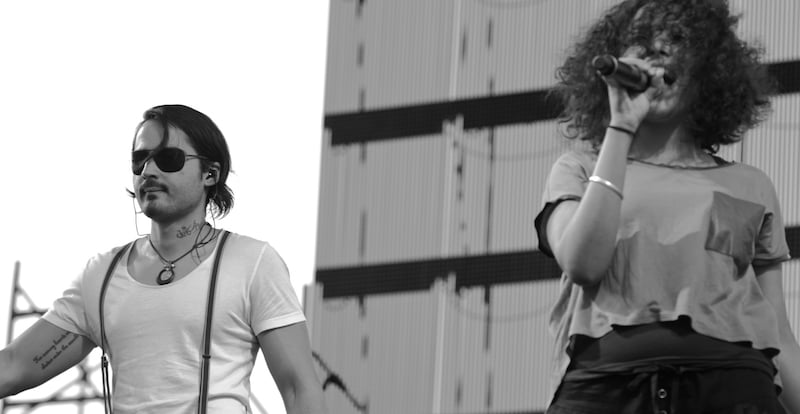 Punjabi folktronica act Hari & Sukhmani, who were to have performed at Riders Music Festival

The festival has been postponed due to “the current economic environment in the country due to demonetisation”, a statement says.

Nisha Narayanan, COO of festival promoter Red FM, tells the IANS news agency: “We felt postponing [the festival is] a wise decision and very fair to both listeners and from a business standpoint.”

She adds: “Due to demonetisation, businesses across sectors have been impacted. The more organised retail sector, which holds a big chunk of radio advertising, has also been hit by demonetisation, with people spending only on necessities.”

“People are spending only on necessities”

Announced on 8 November, the demonetisation is designed to stop counterfeiting of the current high-denomination notes, which Modi alleges funds terrorism, by taking them out of the circulation. The notes will cease to be legal tender on 30 December.

The aftermath of the move has seen huge queues outside banks as Indians race to exchange the notes for smaller denominations, as well as a sharp drop in consumer confidence and the value of Indian stock market. More than 70 people are believed to have died since the 8th in demonetisation-related violence.

Modi has so far refused to address the Indian parliament to discuss the fall-out. Indian National Congress vice-president Rahul Gandhi asked yesterday why, “if the PM can speak on TV, at pop concerts” [the Coldplay-headlined Global Citizen festival], “why not in parliament?”.

New dates for the first Riders, which was to have taken place from 3 to 4 December at Jawaharlal Nehru Stadium (100,000-cap.) in New Delhi, will be announced soon.