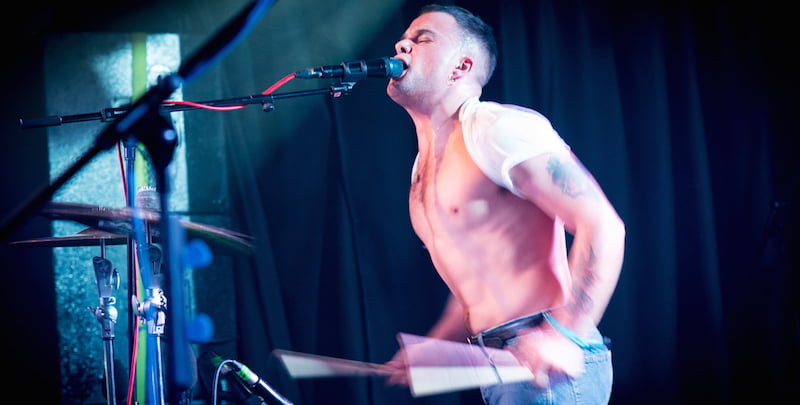 Isaac Holman of Slaves, newly confirmed for Snowbombing 2017, at IFF

The American four-piece, who wheadlined Reading and Leeds, Lollapalooza Chicago, T in the Park, Fuji Rock and more this year, are also confirmed for Super Rock Super Bock in Lisbon the same weekend (13–16 July) and Rock in Rio in September 2017.

The second edition of Live Nation France’s Download Paris has announced its three headliners for 2017.

System of a Down – revealed last month as the first act confirmed for the new Download Spain, the second international spin-off from the long-running UK metal festival – will join Linkin Park and Blink-182 at a disused airbase in Le Plessis-Pâté, in Île-de-France, from 9 to 11 June.  (System of a Down photo by Macarena Viza.)

Also playing will be Rage Against the Machine/Public Enemy/Cypress Hill supergroup Prophets of Rage.

The first line-up announcement for the UK Download is expected this week.