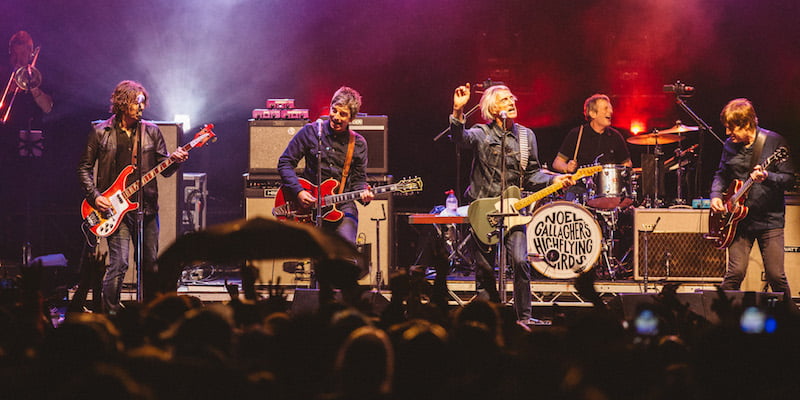 Festival №6 promoter Broadwick Live has announced it is to reduce capacity, overhaul the festival grounds and move the car park off site after a waterlogged 2016 that saw hundreds of cars left stranded following widespread flooding.

“Next year is the sixth birthday of Festival №6 and we plan to make it the best yet,” it says in a statement. “It won’t be the biggest, as we will be reducing capacity slightly to retain the intimate nature of the festival, and we will redouble our focus on everything that has made Festival №6 an award-winning festival. We are absolutely committed to creating the best festival experience in the world.”

Measures to protect “the history and beauty” of the festival site, in Portmeiron, north Wales, include additional floor covering, a new access and audience flow system and the limiting of footfall in certain areas of the village, which will be reserved for local residents and VIPs.

The slight decrease in capacity, meanwhile, will reduce “bottlenecks and allow the site space to breathe. It is hugely important to us that the festival retains its intimate feel.”

The location for the new park-and-ride car park – which replaces a parking area situated on a floodplain – will be revealed in early 2017.

No line-up has yet been announced for 2017, although tickets go on sale this Thursday (17 November). Hot Chip, Bastille, Super Furry Animals and Noel Gallagher’s High Flying Birds headlined in 2016.

Foo Fighters will play their only Scandinavian show of 2017 at Roskilde Festival next summer. They last played the non-profit Danish event in 2005.

Roskilde’s head of programming, Anders Wahrén, says: “Foo Fighters [are] undoubtedly one of the biggest rock bands in the world, and we have wanted them back for a long time. We’re thrilled that it finally panned out so we can welcome them back to Roskilde Festival for their only Scandinavian show next summer.

“They are a perfect act for the Orange stage with their unique ability to create a sense of togetherness and excitement. Their concerts the past few years serve as further proof that they are as vital as ever before.”

Aerosmith are the first act confirmed for Hellfest, playing their last-ever show on French soil at the metal festival in Clisson on 17 June.

“After having completed a series of sold-out shows in South America, Aerosmith will come to Clisson at Hellfest for its last show ever in France!” reads an excited statement from the festival. “The band choose Hellfest to perform for their last farewell date, and it’s with […] pride and a huge joy that we welcome them for the second time after an unforgettable gig three years ago.” (Steven Tyler/Joe Perry photo by Daigo Oliva.)