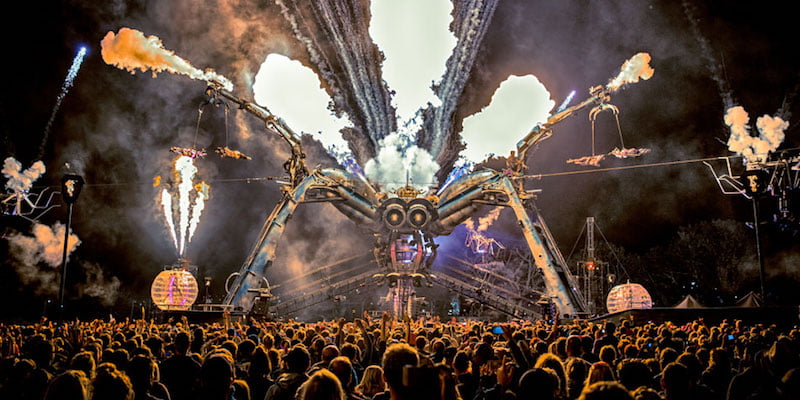 The Arcadia spider, as seen at Glastonbury

Arcadia – it of giant-mechanical-spider-at-Glastonbury fame – is taking drastic measures to deter fence-jumpers at its debut event in Australia this weekend.

Arcadia Australia promoter The Event Agency has revealed plans to cover fences with a non-drying lubricant ink, which – apart from making the surface slippery – will temporarily stain hands and clothes for up to three weeks, making it easy to identify fence-jumpers. It will also erect a two-storey shipping container along Perth’s Esplanade to “create an impenetrable barrier” to those without tickets.

Commenting on the measures, The Event Agency managing director Nikki Graski says: “Fence-jumpers display aggressive criminal behaviours and are disruptive and inconsiderate to everyone who has bought a ticket. Attitudes towards staff have become disrespectful and dangerous and over time it will also increasingly harm Perth’s reputation as a place to hold major outdoor events, and that will affect the vibrancy of our entertainment scene.

“I would encourage all West Australians to consider what this unsafe behaviour means for the future of events in Western Australia. If it continues, it will deter event promoters and the incredible events in this state will cease.”

Arcadia Australia will take place from 25 to 27 November at Elizabeth Quay. Headliners are Leftfield, Shy FX and Alison Wonderland.