Far from being geeky shut-ins, early adopters of virtual reality tech outspend the average US consumer on live event tickets by almost double 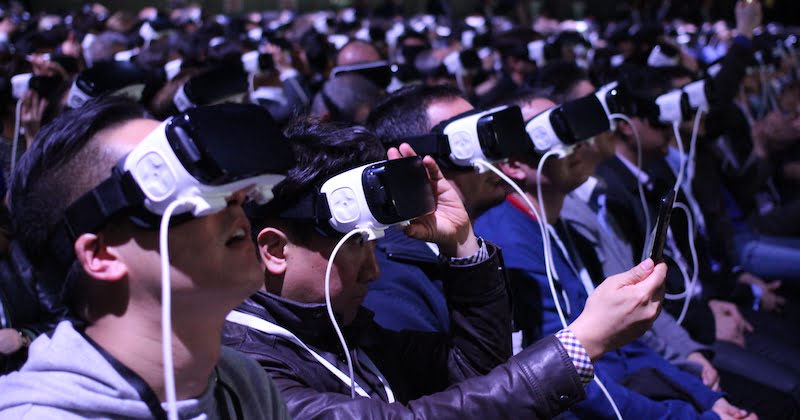 Virtual reality (VR) is a major opportunity for concert promoters, with early adopters of the technology outspending the average American by almost 2:1 on live events.

While much has been made of VR’s potential to transform the concert business, conceivably growing massively the audience for live music by enabling those unable to attend to still experience a show, a new study by Nielsen is the first to focus on VR enthusiasts’ spending habits.

Nielsen surveyed more than 8,000 consumers aged 18–54, dividing those interested in VR into two pun-tastic categories: PaVRs (pronounced “pavers”), who make up roughly 24% of the US population between 18 and 54, say it’s “likely that they will use or even possibly purchase VR technology in the next year”, while ConVRts (“converts”), who represent around 20% of US 18–54 population, “aren’t the most likely to try VR on their own, [but] exposure to even just a little information about the technology and applications boosts their interest levels”.

The market research firm found that PaVRs outspend the average consumer on tickets to concerts and live events by 195%, as well as on fast food by 179% and alcoholic beverages by 170%.

“PaVRs are triple-A consumers. They appreciate premium quality, and are willing to pay a premium price”

“Advertisers will be pleased to find that PaVRs are triple-A consumers,” says Nielsen’s director of lab research. “They adopt new products and service, they advocate for the brands they love and they appreciate premium quality – and are willing to pay a premium price.”

VR headsets were also handed out at AEG Live’s Coachella festival in April, Eindhoven venue Effenaar earlier this month announced plans to transform itself into a high-tech VR hub during the early-week lull and Wacken Open Air was filmed in VR to create “rock’s first narrative VR experience”.