The one-year-old Colorado festival has been given the go-ahead for 2017 – although a new noise limit may have made its position "untenable", says promoter Madison House 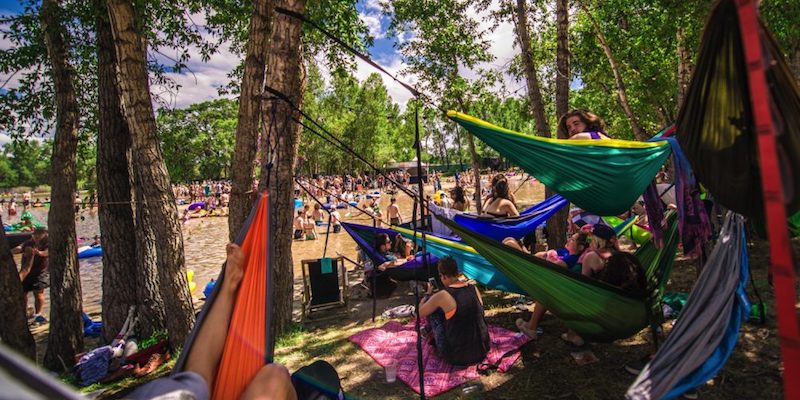 Festivalgoers relax in hammocks in Buena Vista, near the Rocky Mountains

Vertex, Madison House/AEG Live’s new festival in Colorado, has been given a one-year permit extension for 2017 – albeit with a new noise limit of 85dB that will make festivalgoers “feel like [they’re] in a living room, as opposed to a concert experience”, says festival director Michael Sampliner.

The first Vertex took place in August, and drew 8,000 attendees to a ranch near Buena Vista with a bill that included electronic duo Odesza, Grammy-winning alt-rockers Alabama Shakes and Phish’s Trey Anastasio.

Promoter Madison House had sought a three-year permit extension, and Sampliner told commissioners (councillors) for local authority Chaffee County last week the stringent new noise regulations – and an earlier curfew – could kill the festival before it reaches its second birthday.

“If we had to play at 85dBs, you’re taking out the concert experience,” Sampliner said. “It’s a level at which you would feel like you were in a living room, as opposed to a concert experience. It’s really untenable in any kind of way to put on a show at an 85dB limit.

“We are weighing all of the conditions the county placed to see if we can make it work. We are working through those scenarios now.”

Local paper The Chaffee County Times reports those in opposition to to Vertex “stated several notorious issues, mostly related to drug use on the festival grounds and multiple drug busts related to the festival, noise and light disturbances and the 1.30am curfew Friday and Saturday night” at a council meeting last Tuesday.

One Buena Vista resident, Morgan Mahala, said the tense exchange brought “the tension and animosity between the old and the new to surface.”

“The relentless arguing and name calling is not Buena Vista,” Mahala said. “To move forward we have to push selfishness aside, we all have to give a little something up and get to know each other better. We need to use this time as an opportunity to come together and honour the values and integrity of a community that’s truly [city slogan] BV Strong.”

A decision by Madison House is expected this week.