The complexities of direct licensing

Maria Forte offers consultancy and management skills to artists, writers and music businesses. Here, she highlights some of the practical issues with direct licensing 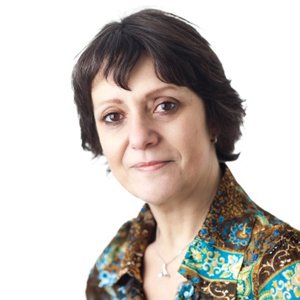 My initial thoughts in regard to direct licensing were What a good idea! But looking into it and working out the mechanics casts a rather different light on the matter.

At face value, the prospect looks simple: an artist, who writes their own material, serves notice on the PRS to exclude the works on their set list. This could be for any number of songs and territories. The artist then directly licenses the concert to the promoter of the day. Seems easy enough, but being involved at a detailed level in the process, I quickly realised how much more complex it was in practice. Additionally, applying this to festivals fragments the process even further, with multiple bands over multiple stages where most will be licensed through the usual established channels.

Direct licensing encounters so many questions and ‘What ifs.’ Firstly, the set list needs to be disclosed in order to exclude the titles, or a subset of songs that might cover all sets in all dates in territories. (The artists I worked with did not want to disclose tour dates ahead of their announcement to their fan base, nor did they wish to disclose their intended set list). A writer’s music publisher needs to reassign their publisher’s share as well, however in some cases, publishing agreements actually stipulate any writer reassignment reverts to them and not back to the writer, so a further step has to happen to allow a writer to directly license.

Then you have questions like: What if there is an outstanding advance with the publisher? Who is going to make the royalty calculations back to them? Will they even want to participate in the process? What is the local performance royalty rate applied in each territory and will a discount apply? What is the main versus support split? What does pro rata really mean? What if the support acts do not want to directly license? What if they cannot (or would not be released to do so)? What if the artist wants to perform a cover? (Exclusion needs to be total and not partial, and who is going to tell them they can’t?) What if the artist wants to change their set list during the tour?

Once on the road, it is too late to change documentation, since the process to directly license is a legal one that is governed by a writer’s society membership agreement.

“Promoters need to earn their crust, much like any of us – but this really needs to happen with less opacity and this effective tax, of either artist or writer/publisher, needs to stop”

I work closely with the management of a major touring artist (who writes their own songs). Having worked with the PRS to ‘audit’ past tours and now the current tour, we can see the varied picture of the real-time licensing in territories around the world. Interestingly, the industry debate so far seems to have focused very much on the copyright societies, whereas sights should be set on the promoter and then the local societies.

Not all promoters fall into the same boat, but let’s not forget: the live performance income flow starts with them. The promoter licenses the show and pays the local society. It is a promoter that receives the discount on the tariff applied to the relevant show box office. Why do some not disclose these discounts to the artist? Why is it that some are still allocating full published tariffs in a settlement, knowing full well that the local society will license to them at a reduced tariff? Why are some under-declaring box office figures to local societies – thus reducing payments to local societies/writers/publishers?

Promoters need to earn their crust, much like any of us – but this really needs to happen with less opacity and this effective tax (of either artist or writer/publisher) needs to stop.

What can we do to mitigate these issues? We need to reinforce the marketplace with greater transparency, with all parties engaging in this process. Riders need to include the requirement that any discounts applied must be passed through to the artist. Promoters should supply invoices received from the local society to the artists’ managements, in this way there can be certainty that the correct box office figure and % tariff has been applied. Territory rates need to be shared between societies and their memberships. Box office settlement information needs to be shared with the PRS to give them the data they need to reconcile. There needs to be a more cohesive working relationship in this area between artists’ managements, promoters, publishers and societies to create much better efficiencies.

5 responses to “The complexities of direct licensing”