StubHub reaches out to industry amid 32% growth

The ticket resale giant, which once again increased revenues in Q3, says it's actively trying to reinvest in music – and that high secondary prices aren't good for anyone 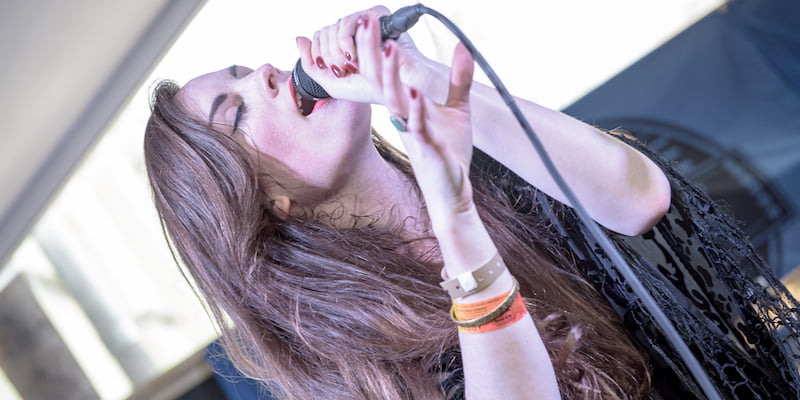 StubHub has launched a renewed bid to build bridges with the wider live music industry as it celebrates another quarter of strong growth.

The secondary ticketing site grew turnover 32%, to US$263 million, and gross merchandise volume (GMV) – or the value of tickets sold – 23%, to $1.1 billion, in the third quarter (Q3) of 2016. No profit figures are available for StubHub specifically, but eBay’s gross profit fell slightly from $1.74bn to $1.72bn compared to Q2.

The figures are slightly less impressive than the 40% recorded in Q2, but further cement StubHub’s value as a much-needed driver for growth for parent company eBay, which spun off its profitable PayPal subsidiary in mid-2015.

As the world’s largest ticket resale marketplace, StubHub has bore the brunt of much of the criticism from those opposed to ticket touting, with even the most hardened anti-secondary ticketing activists grudgingly accepting that Live Nation/Ticketmaster – which owns a number of resale sites, including Seatwave and Get Me In! – ‘gives something back’ via its investment in talent. However, in conversation with IQ, StubHub insists it, too, is committed to investing in the industry – and gives its strongest condemnation yet of the sky-high ticket prices common to many secondary ticketing sites.

“Our goal is to seek out partnerships where we can use our global reach to give event organisers, artists and promoters another channel to sell their tickets at face value,” StubHub spokeswoman Aimee Bateas explains. “The Q Awards partnership” – a reference to the company’s controversial sponsorship of Q’s 2016 awards ceremony – “is a good example of us investing in the live industry, and we continue to seek more opportunities to continue this.”

In addition to its partnership with the Q Awards, StubHub – acquired by eBay in January 2007 for a reported $310m – has high-profile sponsorship agreements with a number of venues, music festivals and sports teams.

“We are increasingly working with partners to offer them another channel to sell primary, face-value tickets”

The core of StubHub’s business is still “providing a safe and secure ticket marketplace for resale”, but it states that the company is “increasingly working with partners to offer them another channel to sell primary, face-value tickets”.

“This”, Bateas says, is “a win-win, because it gives our customers more choice and gives the rightsholder another route to market for tickets. The primary inventory on the site also drives down prices in the secondary market, as sellers have to compete with face-value prices.”

StubHub isn’t considering channelling back any of eBay’s $1.74bn profits directly to content creators, but says there are “many different approaches that could be tested to ensure as many fans as possible can attend while as much revenue as possible can be captured by the event creators and artists”.

“The current on-sale model is very traditional, and it’s clear that the primary market is not functioning as well as it could, as outlined by Professor Waterson,” Bateas says. “Transparency is deliberately lacking in terms of how many tickets are available to buy at face value at any given point. The public never have this information.

“For example, could artists drip-feed face-value tickets onto the market in regular intervals, rather than just one frantic on-sale window at 9am on a Friday?”

Time will tell whether StubHub’s bid for rapprochement with an often-hostile industry bears fruit – but, for now at least, not everyone is convinced. A spokesperson for the UK-based FanFair Alliance – which has as its stated objective the eradication of “under-regulated and industrial-scale online ticket touting” – says: “Perhaps we should scrutinise a little closer the environment that allows such extraordinary profits to be generated by a global corporation, and at whose expense. They certainly explain how StubHub can embark on such high-profile marketing campaigns, and multimillion-dollar acquisitions like Ticket Utils and Ticketbis.”