Sophie Kiwala, MPP for Kingston and the Islands, is hoping to banish "scalper-bots" from the Canadian province with a new bill 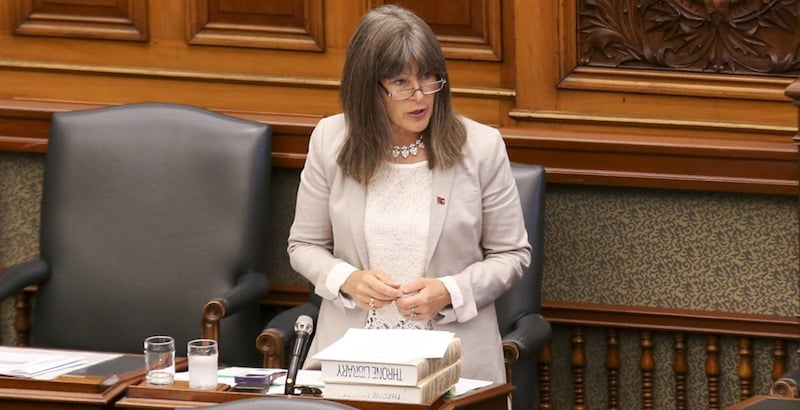 Kiwala presents the bill to the Ontarian parliament

Mirroring similar developments south of the border, a Canadian politician is taking aim at ticket bots with a new private member’s bill aiming to criminalise their use.

If passed, the Ticket Speculation Amendment Act (Purchase and Sale Requirements) 2016 bill – introduced by Sophie Kiwala, a Liberal member of the provincial parliament (MPP) of Ontario – will prohibit the use of software (dubbed “scalper-bots” by Kiwala) to bypass security measures on online ticket outlets in Canada’s most populous province.

It will also require the original face value of the ticket to be disclosed when resold.

“I have heard my constituents say that their experiences in ticket-buying have left them frustrated and discouraged,” says Kiwala. “There is simply no way in which human ability can surpass how quickly a scalper-bot can purchase a large volume of tickets in only a few moments. This is an issue that extends beyond my riding [constituency] and has affected many consumers looking to purchase tickets for a variety of different events.”

The bill, which Kiwala says is “intended to build upon the Ticket Speculation Act 1990, and the amendments made to the act in 2015“, was presented for its first reading in the Legislative Assembly of Ontario on 22 September.

In a survey of Canadian concertgoers in July, amid controversy over the number of tickets for The Tragically Hip’s farewell tour that found their way to the secondary market, 87% of respondents said they would support prison terms for resellers caught using ticket bots.