Global revenues from esports events are expected to hit $1.1bn by 2019 as the market shifts towards "media partnerships comparable to traditional sports" 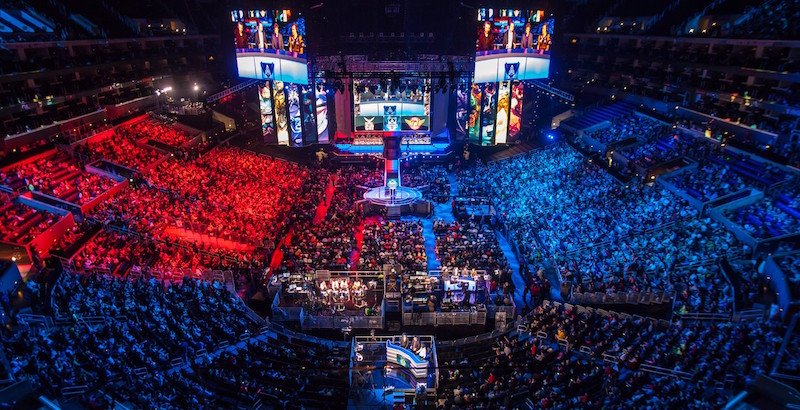 Reed Midem, the organiser of the Midem music industry conference, has announced plans for a similar event for the esports market, as new data reveals global esports revenues will grow to US$493 million in 2016.

The first Esports BAR conference (short for ‘Business Arena’) will take place in Cannes from 15 to 17 February 2017. “Many brands and other potential partners have a hard time finding the right contacts to get involved in eSports,” says Jerome Delhaye, the director of Reed Midem’s entertainment division. “Reed Midem wanted to address this – as it has for the music industry, tech, television and the real-estate industry – with a dedicated networking experience that will help these kinds of fruitful relationships flourish.”

The announcement of the new event comes shortly after analysis by Newzoo revealed revenues from esports – or competitive video-gaming – are expected to hit $493m in 2016, up 7% from an earlier prediction of $463m, for year-on-year growth of 51.7%.

Newzoo says the increase in 2016 revenues is “mainly due to a higher-than-anticipated investment by publishers and a faster uptake of the media rights business model within the esports economy, creating a shift from direct advertising income to media partnerships comparable to traditional sports”, such as such as the recently announced partnership between AEG and ESL, the world’s largest esports promoter.

Newzoo estimates the esports market to be worth $1.1 billion by 2019 (see below infographic): 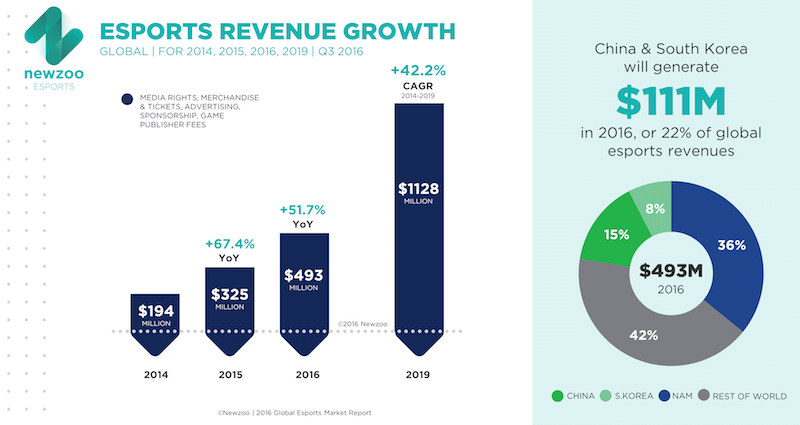 At Reeperbahn Festival last month, Kilimanjaro Live CEO Stuart Galbraith – whose company no longer promotes any traditional music festivals – said esports events, along with live shows by YouTubers, represent a new revenue opportunity for younger audiences who wouldn’t normally attend a festival. “By the time people get to 10, 12, 14, there’s a gap in the market,” he said “We’ve promoted events [by YouTube stars] attended by over 30,000 people, all of whom are 13–14 and not interested in going to festivals because they’re bedroom geeks.”