Mervyn Conn, best known for bringing Johnny Cash and Dolly Parton to the UK for the International Festival of Country Music, has been found guilty of two counts of rape 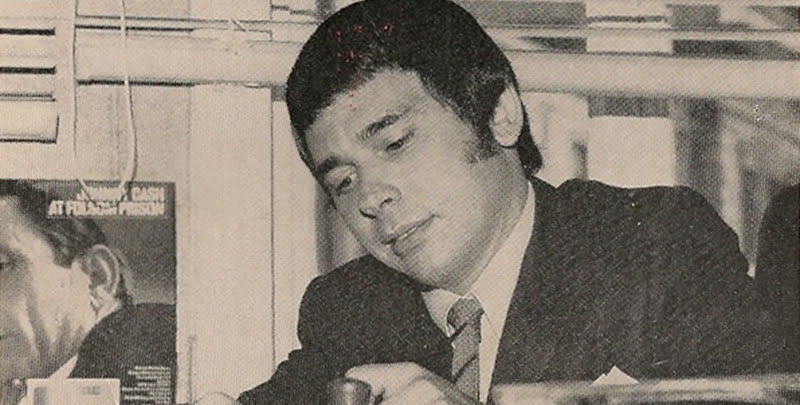 An 82-year-old former concert promoter is facing prison after being convicted of raping two teenage girls.

Briton Mervyn Conn – known for his work with agent Joe Collins (father of Joan and Jackie) and for staging the pantomime-themed Beatles Christmas Shows in 1963, Melody Maker’s pop package shows at Wembley Arena in the ’60s and, most famously, the International Festival of Country Music, also at Wembley, which ran until 1991 and returned for one year in 2012 – forced himself on two victims in two separate incidents in the 1970s and ’80s, Kingston crown court heard.

The first, a 15-year-old who had been hired as a “cowgirl” for a 1976 Wembley show, described Conn as a “dominating person; very egotistical. He had this bouffant hair, smelt like cigars, looked almost like he was in the mafia,” reports the Evening Standard’s Tristan Kirk.

Conn forced himself on two victims in two separate incidents in the 1970s and ’80s, Kingston crown court heard

The second was a 16-year-old who, in 1985, Conn had offered free concert tickets before raping her in his Charing Cross office.

Conn has run a number of companies since the early 1960s, including Mervyn Conn Promotions, the Mervyn Conn Organisation, Showcase Productions and M C Productions. The last, Variety Television, was wound up in December 2010.

Conn, who pled not guilty but was convicted of one count of indecent assault and two of rape, will be sentenced next Friday (28 October). He previously spent eight weeks in prison after being found guilty of sexually assaulting his 19-year-old receptionist.