Why the future of wireless is digital

Following his warning that the live industry as we know it is under threat from spectrum-hungry smartphones, Tuomo Tolonen explains why digital mics offer some relief 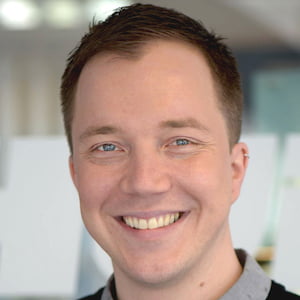 As the amount of spectrum available for use by wireless mic operators continues to shrink, most microphone manufacturers (including Shure) are drawn increasingly towards digital wireless technology as part of the solution. But why exactly are digital wireless systems such a hot topic? How do they compare to traditional analogue systems? And what benefits, if any, do they bring to us as professionals? Throughout this article, we will try to shed some light on what’s driving digital wireless tech.

Firstly, let’s uncover some of the back story. It’s a well-known fact throughout the professional audio industry that clean spectrum available to wireless microphones and in-ear monitors is shrinking. In the years following the digital TV switchover (DSO), we’ve seen the amount of spectrum available to our industry reduce significantly. First to go was the 800MHz band (790–862MHz), which made way for next generation mobile broadband (4G) back in 2012. Then, in quick succession, Ofcom announced its plan to clear the 700MHz band within the coming years. On 17 October 2016 Ofcom announced that PMSE users need to vacate the 700MHz band by May 2020. In a short space of time, we will have lost access to nearly 50% of usable spectrum. To further compound the situation, additional announcements included granting so-called white-space devices permission to operate as secondary users in the UHF space – effectively introducing unlicensed, less predictable sources of potential interference. In short, the airwaves are becoming increasingly crowded with wireless tech as industries bid for more resource to feed our digital lives.

This growth in demand for wireless spectrum and the subsequent congestion has put significant pressure on wireless manufacturers to develop new technology able to maintain performance levels under progressively challenging circumstances.

Enter digital wireless systems…
Quite simply, the technology available to design professional-quality digital wireless systems has now advanced to a level where we can now run much higher channel counts in reduced clear spectrum. The improved efficiency is down to more predictable deviation of digital wireless signals when compared to a frequency-modulated analogue signal; this, in turn, allows for tighter channel-to-channel frequency spacing. In many cases, digital systems can deliver nearly twice the channel count in the same slice of spectrum as their analogue cousins. But at the same time, we shouldn’t be as simplistic to think that just because a system is digital it is more efficient. A critical criteria in determining spectral efficiency is the linearity of the transmitter and robustness of the filters in the receiver. The more the system costs, the better the performance in most cases. And lastly, good RF coordination and practise will also ensure that the deployment of large wireless system is a success.

With clean RF spectrum continuing to shrink — and demand for wireless mics and in-ears increasing each day — digital wireless technology will play a critical role in securing the future of wireless microphones at major events. The spectrum argument is clear, but what about the audio? How do digital systems sound when compared to their analogue counterparts?

Analogue vs digital audio is one of the most emotive topics in the business, and while the conclusion is mostly subjective across most devices (mixers, outboard processing, hi-fi, etc.), wireless systems are, in fact, a little different. For wireless microphones, the main difference between analogue and digital is how we modulate the RF carrier. Most analogue wireless system use frequency modulation (FM), and while this has proven to be a very robust and ultimately successful way of transmitting wireless audio, there are certain limitations to FM. Digital systems, for instance, have the ability to operate in far worse carrier-to-noise environments, meaning that even in ugly RF environments we get clean audio.

“With clean RF spectrum continuing to shrink, digital wireless technology will play a critical role in securing the future of wireless microphones at major events”

In order to maintain high dynamic range, analogue systems also use a process called companding — whereby the audio signal is compressed in the transmitter to accommodate the limited dynamic range of FM radio and then expanded at the receiver. This process, while almost undetectable in most high-quality analogue systems, can still lead to audible artefacts like “pumping” and “breathing”. Digital wireless systems convert analogue audio to a digital signal that modulates the radio carrier in discrete steps (think binary code: ones and zeroes). Since the transmission of a digital audio signal doesn’t require companding, it is possible to achieve audio with a wider, flatter frequency response. In other words, the digital audio signal arrives at the receiver unaffected by the radio link.

Spectral efficiency and audio transparency are the principle advantages of digital wireless systems, but the positives certainly don’t end there. Digital wireless operators can also expect greater battery life, as well as enhanced privacy through encryption — perfect for information-sensitive events such as corporate conferencing.

The bottom line
The long and short of it is, digital wireless technology has reached a point where we can now leverage the many advantages to address the challenge of our modern RF environment. And, while analogue systems will not have inherent signal latency, even this minor drawback (less than three milliseconds in Shure digital systems) isn’t enough to ignore the huge gains in spectral efficiency. After all, the situation isn’t going to get any better. Wireless communication (particularly mobile) is entrenched into our daily lives and will continue to develop at a fast pace. Consumers will continue to expect increasing amounts of wireless tech — with relatively plug-and-play usability — all of which need to operate in the limited amount of spectrum available. Continuing to develop spectrally efficient digital wireless systems is one of the key ways we can continue to operate at the level audiences expect under progressively challenging conditions.