Following controversy at Euro 2016, the pitches of World Cup 2018 venues in Russia will be given a two-month rest in advance of the tournament 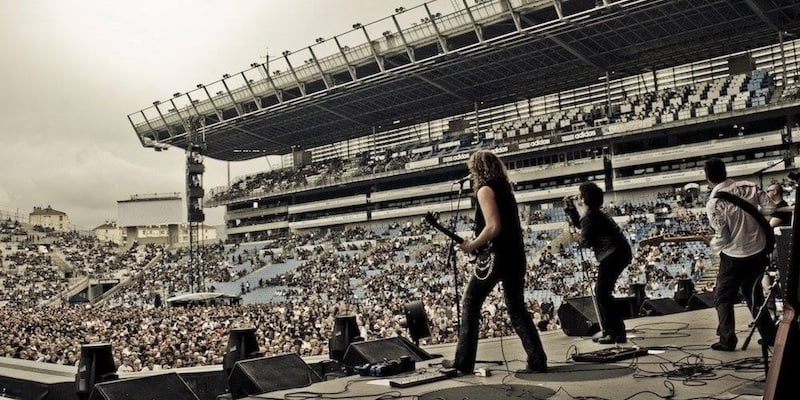 Café Bertrand open for AC/DC at the Velodrome in Marseilles

Under the new regulations, published on Monday, venues hosting World Cup 2018 matches will be off limits to non-footballing events for two months in advance of the start of the competition. The only exemption is for stadia which have “Fifa’s explicit prior approval in writing”.

The ruling comes after controversy over the state of pitch surfaces at the 2014 World Cup in Brazil and the Uefa Euro 2016 championship in France earlier this year. In June the French national team’s manager, Didier Deschamps, blamed a recent AC/DC show for the poor state of the pitch for his team’s clash with Albania at the Stade Velodrome (67,394-cap.) in Marseilles.

“It’s a disaster, but that’s not surprising,” he said. “If you have an AC/DC concert a month before the European Championships— they’re changing the pitch, relaying the turf.”