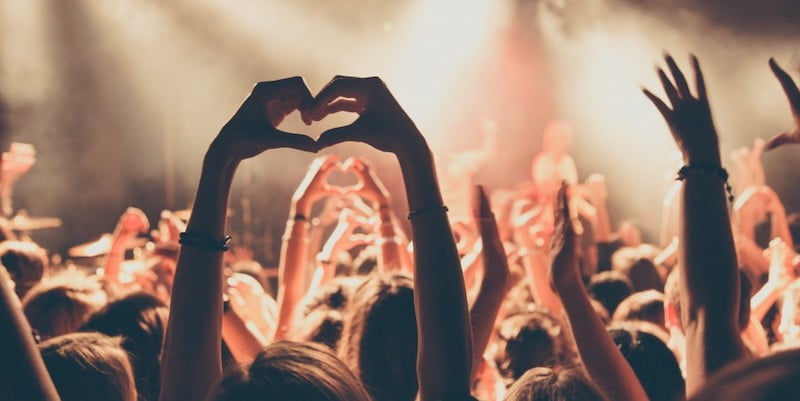 A new study, Live Experiences Hold the Key to Happiness (commissioned by StubHub and undertaken by market research firm Trendera), found 62% of people said attending a concert makes them happy – more than the 49% who found happiness playing video games and 47% from spending time on social media.

Festivals are second in terms of live events, with 51% of respondents saying they make them happy, and sports third, at 49%.

And when split by gender, women are “more musically inclined”, says the report, with 66% of female respondents saying concerts make them happy, versus 58% of men.

Among StubHub/Trendera’s other findings are that 75% of people cite “making unforgettable memories” as the best part about attending a live event; that an average of 40% of respondents would travel internationally for a live event (27% of Americans and 51% of those outside the US); that people would rather to a gig with Hillary Clinton than Donald Trump; and that 45% of people would work on a public holiday, 11% would give up toilet paper for a week and 7% would break up with their partner to see their favourite artist live (see below infographic). 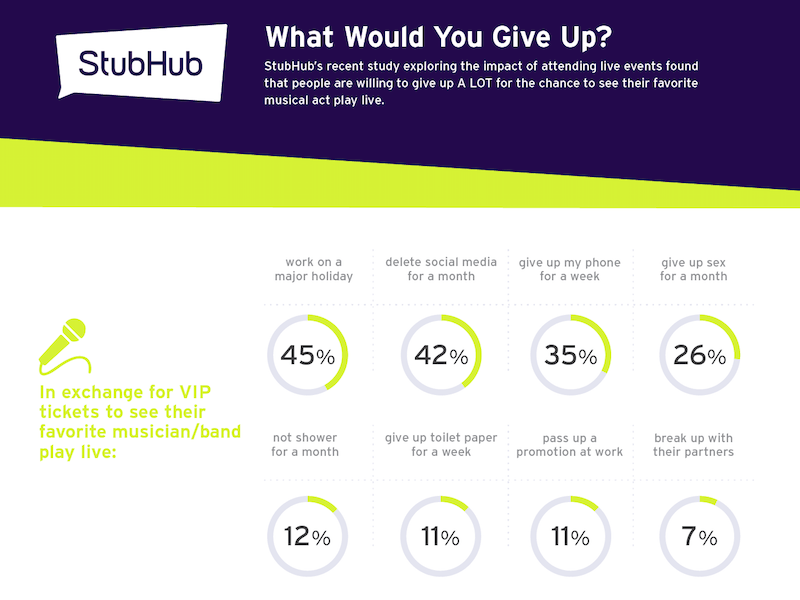 “One of the biggest trends we’re seeing at StubHub is that live experiences are an increasingly valuable way to enrich people’s lives, especially because of the incredible memories they create,” says Jess Tassell, StubHub’s director of ‘think’. “Around the world, people are placing a premium on live events, participating more and more in the so-called experience economy and sharing a surprising willingness to give up basic human comforts for up-close-and-personal experiences with their favourite artists and athletes.”