The emergence of Rocktoberfest, in the village of Wildhaus-Alt St Johann, comes amid concerns over the rise of similar events in other German-speaking countries 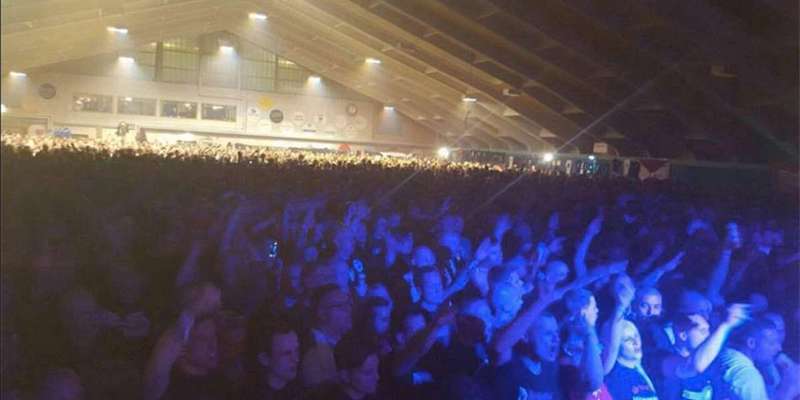 On the same weekend negative media attention forced the cancellation of a planned show in Falkirk, Scotland, by American white-power band Bound for Glory, an event being called the biggest neo-Nazi rally in living memory went ahead without problems in a small Swiss village.

Close to 5,000 skinheads descended on Wildhaus-Alt St Johann, near the German border, on Saturday for the Rocktoberfest event, which hosted performances by Blood and Honour-linked bands Stahlgewitter, Confident of Victory, Frontalkraft and Amok.

“This is one of the biggest gatherings that has taken place since the emergence of the [skinhead] movement in the late 1970s,” Stéphane François, a lecturer at the University of Valencia, tells Le Figaro. “Ordinarily, these types of events brings together tens of people, or hundreds for larger events.”

“”This is one of the biggest gatherings that has taken place since the emergence of the skinhead movement in the late 1970s,””

According to the paper, local authorities – who were told by organisers the event would be a single concert by a Swiss group, attended by no more than 800 people – feel “duped”.

The rally follows the growth similar events in neighbouring countries, including Austria and Germany, amid fears right-wing extremists are being emboldened to more freely express themselves after years of lying low. A recent investigation by the German interior ministry found there were 98 shows by neo-Nazi or white supremacist bands in the country in the first half of 2016 – an increase of more than 55% on the first six months of 2015.