Waterson: Be braver in pricing to stop touts 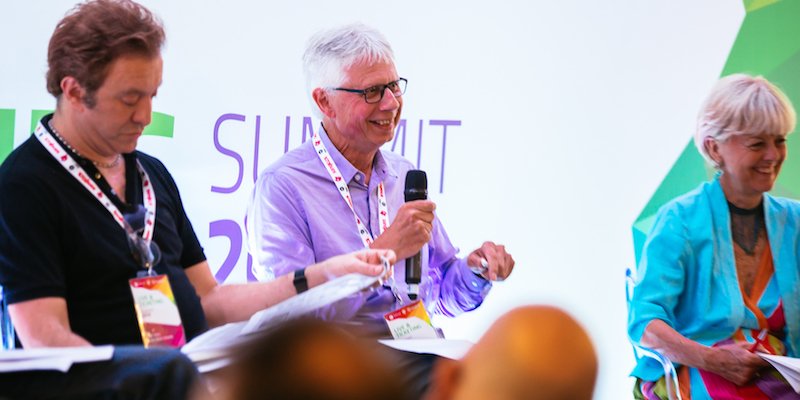 Michael Waterson, the Warwick economics professor behind May’s long-awaited review of the UK secondary ticketing market, has called for greater diversity in ticket pricing, arguing the sale of different seats in seated venues at too similar a price is encouraging touting.

Speaking yesterday at the Live & Ticketing Summit at the Grosvenor House hotel in London, Prof Waterson expressed concern the British government has not yet responded to the review, saying he hopes his recommendations – which called for government and the industry to ensure compliance with the Consumer Rights Act 2015 (CRA) – won’t be “pushed into the long grass”. He added, however, that artists and promoters, who “tend to price similarly between seats”, also have a part to play, and must cater for “different degrees of fan” (for example, “people from the office” and girlfriends and boyfriends only mildly interested in the artist) who will have “different needs and different abilities to pay”.

Prof Waterson’s comments echo those made by Live Nation CEO Michael Rapino at the 28th International Live Music Conference (ILMC) in March. Speaking to ILMC managing director Greg Parmley – who also moderated the Political, Policy and International Developments panel on which Prof Waterson appeared – Rapino said artists need to be braver in how they price the house, stating that on one hand acts are still scared to charge high sums for front-row seats and less for seats at the back – something that’s “generally not a good brand position”, he said – and on the other upset that secondary ticketing companies are profiting from it.

Rapino and Prof Waterson’s views are also shared by artist manager Paul Crockford (Paul Simon, Mark Knopfler, Danny Thompson), who, speaking from the audience, said in his experience touts are “only interested in the front ten rows” in seated venues. He recommended cutting out the primary market altogether for such seats, selling them “straight to fan club”.

Dissenting voices came from fellow panellist Dianne Hayter, a Labour peer, who called for government, police, promoters and venues to take a tougher line on touts who violate the CRA – venues, said Baroness Hayter, have “every right” to turn people with fraudulent tickets away, while from a legal standpoint “one person behind bars would be wonderful!” – and audience member Marcus Russell of Ingition Management (Noel Gallagher, Catfish and the Bottlemen), who said artists aren’t underpricing but “growing [their] brand” rather than chasing “short-term profit”.

Russell also channelled his inner Michael O’Leary by advocating that touts are called ticket “pirates” instead, akin to those who illegally download recorded music.

Joining Prof Waterson and Baroness Hayter on the panel was Neo Sala, founder of Doctor Music, the Spanish promoter currently taking legal action against Seatwave, Viagogo, Ticketbis and a number of other secondary ticketing sites. Sala stated that he “wish[es] we had [face-value ticketing exchange] Twickets in Spain” and closed with an emotive appeal to act on large-scale ticket resale, saying: “What kind of society do we want to live in? One where only rich people can to go shows?”

Recently launched anti-touting alliance FanFair, which organised the summit with Songkick and the Music Managers Forum, used the event to launch #ToutsOut, a 24-page guide advising on how to minimise touting of their artists’ tickets.

Speaking at the launch, FanFair Alliance founder Adam Tudhope said: “While we wait for government to act, it is essential that managers and music businesses develop ticketing strategies that aim to disrupt the touts and help fans. This guide marks a first step towards that goal.”