Scala, Jamboree and the Hackney Empire were among the London venues which observed a minute's silence at 17 September's demonstration in support of Passing Clouds 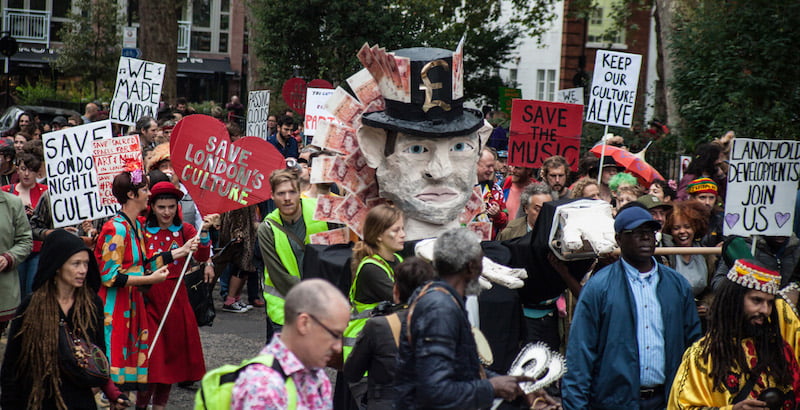 Some 30 London music venues fell silent at midnight on Saturday 17/Sunday 18 September to protest against the closing by property developers of Dalston venue Passing Clouds.

Speaking at the demonstration, Shaun Roberts of recently shuttered Fabric said: “The feedback from the world of music [to the closure of Fabric and Passing Clouds] has been stunning, and this has kicked off something that we didn’t understand would happen. We have a voice and we have the ability to fight this.”

Watch a silent Jamboree below: