Three people hurt in the crush at Love Parade 2010, which left 21 dead, are seeking combined damages of over €140,000 following the failure of a criminal trial 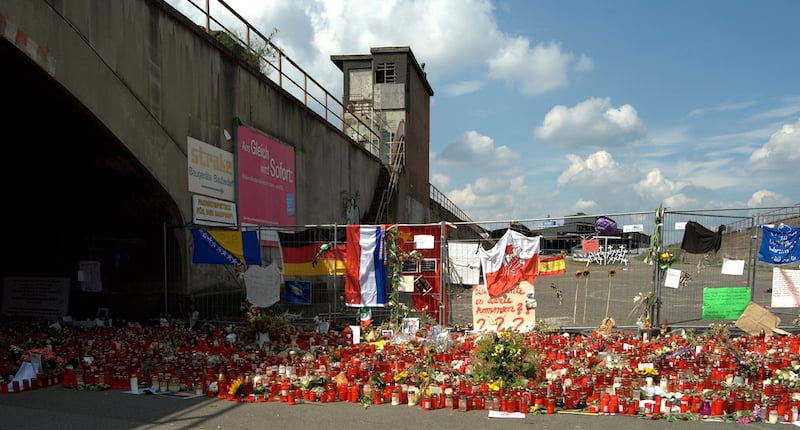 A memorial to the Love Parade dead in Duisburg

There have been over 30 civil cases brought against festival promoter Lopavent, the city of Duisburg and the state of North Rhine-Westphalia since 2010 – all of them unsuccessful – although the latest claims are the first since a court ruled in April no one will stand trial over the disaster, which left 21 dead, owing to a lack of evidence.

German public broadcaster WDR reports that one woman, who suffered concussion, is seeking €73,000 in damages, with two more seeking between €34,000 and €56,000 each.

Bärbel Schönhof, representing the first woman, a 51-year-old from Duisburg, says despite the failure of earlier lawsuits she is confident of a victory, “because I am of the view that [the] irresponsible behaviour of planners and organisers can not be atoned for without such a judgment”.

Twenty-one people died and over 500 were injured on 24 July 2010 in a crush in a tunnel that served as the sole entrance to Love Parade. Over a million people attended the dance music festival, which was held at a former goods yard in Duisburg with a capacity of around 250,000.

Building(s) for the future: Introducing the new arenas