IQ’s annual list of 10 future music industry leaders, as decided by their peers, returns for a ninth year 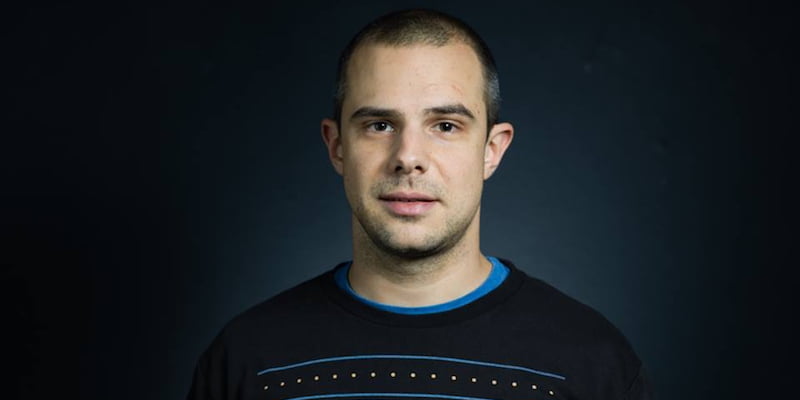 With nine years of IQ’s New Bosses now under our belt, we’ve watched as many of our past winners actually became bosses – and this year’s crop already includes company leaders, including ‘brandtrepreneur’ Matt Thorne and artist managers Tobe Onwuka and Tommy Bruce, the latter of whom established Full Stop Management earlier this year with Jeffrey Azoff, a New Boss winner in 2015.

As usual, it has been a competitive process, but our ten winners represent a good spread of professionals and nationalities, proving that the future of the international business is in good hands.

Click the image below read the feature in full, including interviews with our ten New Bosses, in issue 67 of IQ Magazine… 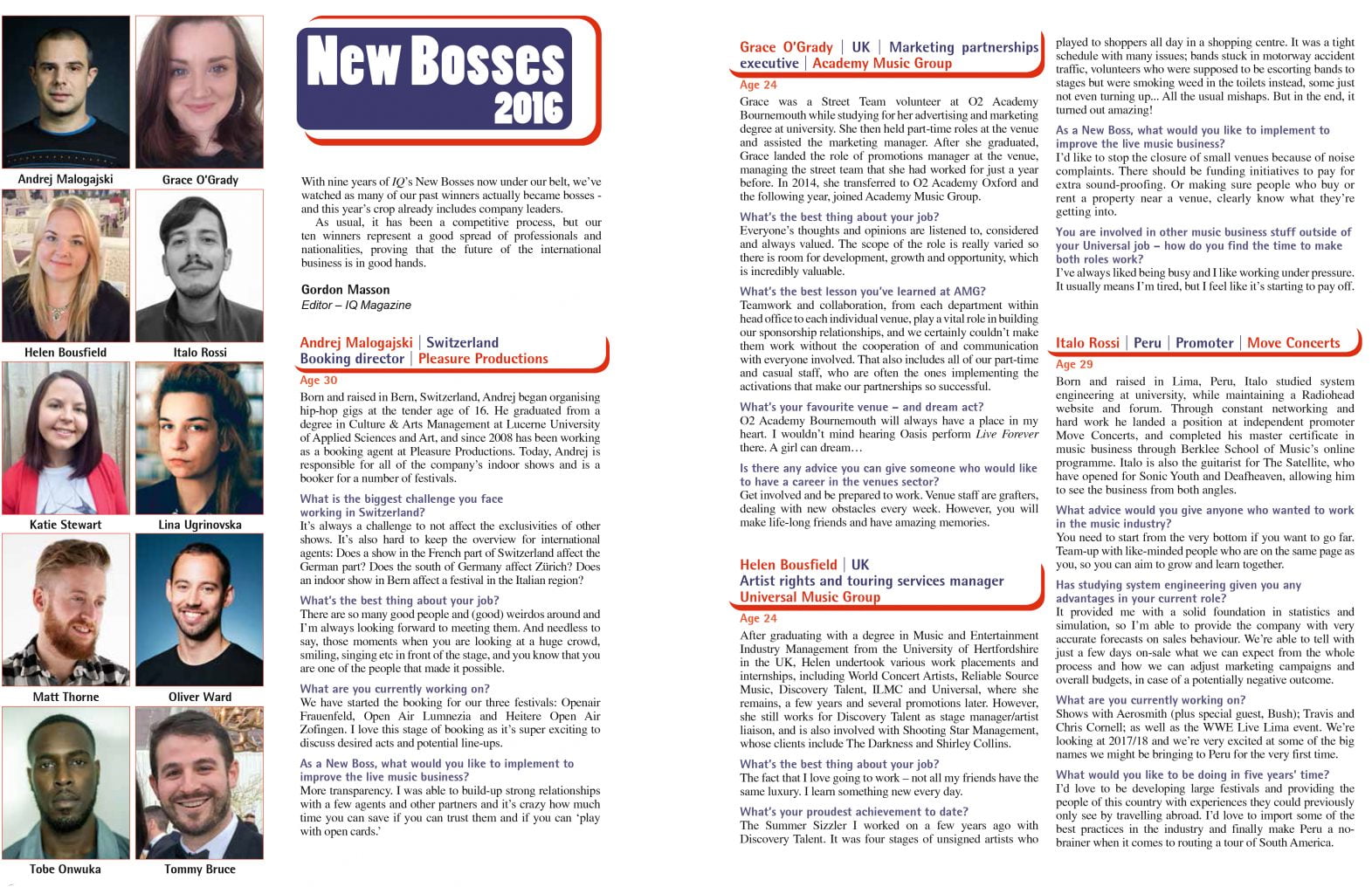