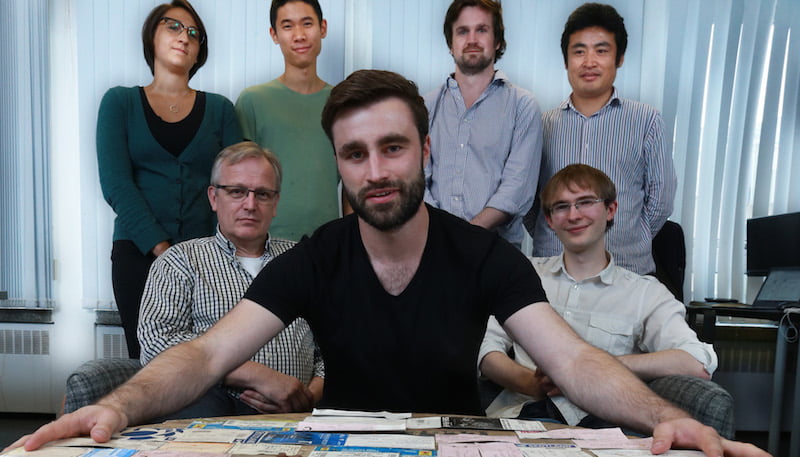 Robb (centre) and Chambers (second row, left) with the Make it Social team

The Edinburgh-based company, which says the new partnerships form part of its plan to “build its client base across live entertainment ticketing in travel, sports and large-scale festivals, has also announced the addition of Tim Chambers as chief commercial officer. Chambers – last seen becoming a non-executive director of TickX – was formerly a senior executive at Live Nation/Ticketmaster, where he founded TicketWeb, and is now an independent ticketing consultant and executive editor of the International Ticketing Yearbook.

Eddie Robb, the company’s CEO and founder, says: “Socialising checkouts is what we’re all about. The first ever online purchase was made in the ’90s and since then we’ve had the birth of social media with Facebook, Twitter and Instagram allowing us to be highly connected. While our friends are only a few clicks away, the check-out flow is exactly as it was back in the day. One person still has to select how many spots to buy and then put it all on their card.”

“Working with Ticketmaster Sport is the first big step for the business, as it means we’re now partnered with one of the best organisations in the country to deliver incremental ticketing revenues”

Make it Social’s application program interface (API) distributes planning responsibility for group bookings and automatically splits and processes payment. On the new Make it Social-enhanced Paylogic platform, unveiled in April, an ‘invite friends’ button triggers a group creation pop-up, allowing users to invite their friends via email or SMS. If invitees decide to join the group, each is walked through booking and payment, and the check-out amount is based on the total price split, with each group member paying his or her share only.

“Working with Ticketmaster Sport is the first big step for the business, as it means we’re now partnered with one of the best organisations in the country to deliver incremental ticketing revenues,” says Chambers. “We are delivering high levels of new customer data points across our client base and expect to announce a raft of new wins before the year is out.”