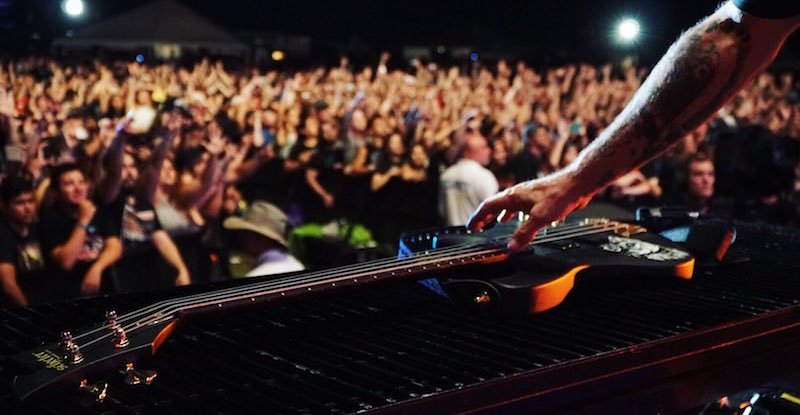 The storm-hit 2016 festival season claimed another victim last weekend in the form of metal festival Houston Open Air in Texas.

On Saturday afternoon the festival site, in the 350-acre NRG Park in Houston, was evacuated due to concerts over lightning, with festivalgoers told to take shelter at the nearby NRG Center (80,000-cap.) stadium or in their cars. The festival resumed later, albeit without a number of acts, including Anthrax and Sevendust.

Sunday was called off altogether, with a statement from the festival reading: “The forecast calls for lightning in the immediate area on and off all day, making it unsafe to human life to reopen the festival”.

“If we were fly-by-night promoters and wanted to roll the dice and take our chances, I could have been calling you guys this morning having a completely different conversation”

Due to headline on Sunday were Avenged Sevenfold and Deftones, the former of whom played an indoor show at the White Oak (1,500-cap.) instead:

Houston! We are taking over the White Oak Music Hall TONIGHT for those of you with a Houston Open Air ticket. 10pm. First come. 18 & up pic.twitter.com/PpPbmeEBQ3

Festival booker Gary Spivack, of Danny Wimmer Presents, told local radio station 94.5 The Buzz: “We can all handle the rain but when there is lightning and wind it becomes more difficult. […] God forbid there is a lot of electricity rolling around at a festival.

“If we were fly-by-night promoters and wanted to roll the dice and take our chances, I could have been calling you guys this morning having a completely different conversation.”