Marek and Andre Lieberberg, who joined Live Nation in December, maintain little has changed: "The focus is still on ourselves" 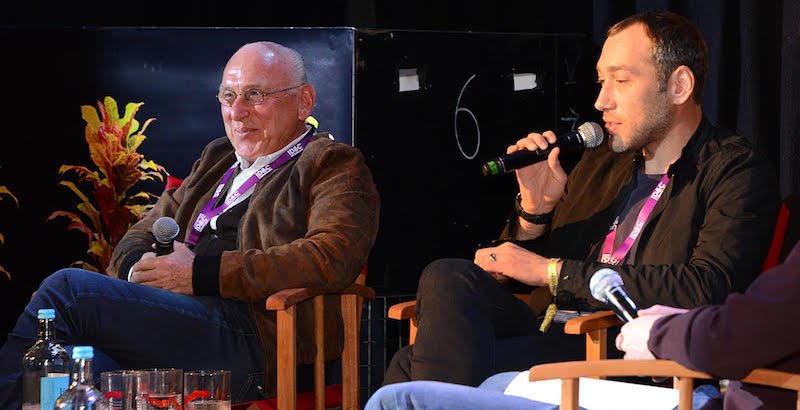 Marek Lieberberg expanded on his Eurosonic Noorderslag keynote at the International Festival Forum (IFF) in London today, speaking at length on his 44-year festival career, clashing with local authorities over the ill-fated 2016 Rock am Ring, the decline of political rock and roll and leaving his long-running Marek Lieberberg Konzertagentur (MLK) concert promotion outfit to join the newly formed Live Nation Germany, Switzerland and Austria (GSA).

Speaking at IFF during his first joint interview with son and Rock am Ring/Rock im Park booker Andre, Lieberberg said he and Live Nation GSA are an “obvious marriage”: “If you look at the structure of our acts, the major acts I’ve been promoting all this time, you’ll see there are parallels between the former MLK and Live Nation,” he explained to interviewer Greg Parmley (IFF/ILMC).

He emphasised here is “no question of being at odds with CTS Eventim” – which retains the MLK name, assets and Rock Am Ring and Rock im Park festivals, although father and son still promoted this year’s events – “or MLK; the opposite is true. Nor [were we] looking at a huge payday.

“The focus is still on ourselves, and there’s not one artist that’s left us – we’ve actually added to our roster [since the deal]. […] We wanted to stay with the majority of our acts but build a base for the future.”

André Lieberberg said the reaction from the rest of the industry to their joining Live Nation (LN) ranged from “euphoric to hostile” but that most people were aware of the existing close cooperation between MLK and LN. “On festivals we were already booking via agents in conjunction with Live Nation,” said André. “Every agent has their own view on Live Nation, but because we are who we are, and people know us, there’s been no change on that. So there hasn’t been too much negativity.”

“We don’t look at what other are doing,” added Marek. “We were always our own role model.”

Marek ended with a request to other local Live Nation operations: that they add their own “flavour to it, their own character”.

“Our character is still very much visible,” he said. “We’re still promoting everything from club acts on their first tour to major rock artists.

“So, we haven’t changed: we’ve added to the culture of Live Nation with our own personal creativity. Really we’re still boutique.”