Dennis Argenzia, vice-president of Live Nation's Asia touring division, looks at the future of international touring in the Asian market 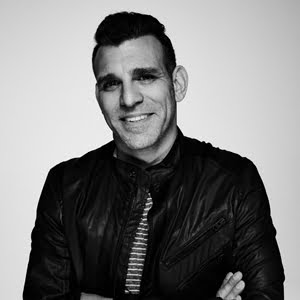 As a teenager growing up on the north-east coast of the US, music was my everything. It was the passion and fabric of my life, something I not only consumed but meticulously analysed. So it was no surprise that, years later, a particularly unfulfilling post-university job would trigger my relocation to the west coast’s mecca of music: Los Angeles.

In LA, my lack of knowledge about music as an industry, and my equally empty industry contact list, did not stop me from talking my way into a prized internship at A&M Records, followed by my first gig at EMI/Capitol Records, and then a job on the live side of the business under Bill Silva at House of Blues Concerts/Hewitt/Silva.

It was during the House of Blues years that I discovered my second passion: a three-week holiday in Thailand opened my eyes to the wonderful world of travel. Exploring other countries, learning about different cultures, getting mundane things done (or not done!) on foreign soil – these still fascinate me. My love of travel is the reason why, toward the end of 2009, I once again pulled myself out of a state of comfort to pursue life abroad, somewhere in Asia.

That was almost seven years ago. Since then, I’ve helped produce shows and tours in Japan, Korea, mainland China, Taiwan, Hong Kong, Macau, Thailand, Singapore, the Philippines, Indonesia and Malaysia – both as an independent contractor and as a company man. In my current position as vice-president of Live Nation’s Asia tour division, I focus on producing western tours/events and developing touring platforms in the region, where some of my greatest challenges lie in bridging western expectations with cultural, operational or even political differences in each country. What works and translates well in the West isn’t necessarily desired, popular or appropriate in the East!

The Asian market, which is so often treated as a homogenous entity, can have radically different music tastes from country to country: a massive hit in the Philippines could sink in Singapore or South Korea, and vice versa. This makes touring significantly more challenging in comparison to North America or Europe, especially when an “Asia tour” needs to consists of more than just Japan and Singapore!

Essentially, there are three fundamental challenges:

1. Artists want to be paid more to come to Asia vs North America or Europe due to increased expenses for freight and flights

2. Despite the desire for higher artist fees across the board, many artists simply cannot command the same ticket value across the entire region

In addition to these competing financial requirements, there are cultural and political issues that cannot be ignored if an artist wants to play in a particular country. These should not be taken lightly. Awareness of political hot-button topics and acceptable social norms as well as local holidays is crucial.

You don’t want to play China during Spring Festival [Chinese new year] or Jakarta during Ramadan! As a result of these market differences, Live Nation espouses a ‘boots on the ground’ philosophy where we self-promote our shows through nine regional offices that employ the best on-the-ground, in-market promoters.

Despite all these challenges, Asia is an emerging market with a population that will continue to see an increase in disposable income and a related interest in entertainment and technology.

The region has become a proven and viable touring route with the development of standalone Asia tours (such as the recent ones for Madonna, Maroon 5, Bon Jovi, Imagine Dragons, etc.) and by offering a high level of service through continuity of production, safety and transparency. We are also starting to see more Asian dates linked to an Australian tour. With Perth less than five hours from Singapore, Jakarta and Kuala Lumpur, travel time is shorter than flying from Singapore to Japan!

I think the sustainable future of the live entertainment business in Asia will depend heavily on a strong mixture of domestic and international talent. In addition, I believe a venue network that can grow emerging talent from clubs to theatres to arenas to stadiums, is essential, as some countries have a crippling shortage of venues and/or availability.

In conjunction with this, having a universal streamlined ticketing system in place would help add a layer of efficiency and transparency to the region. Finally, as the Asian market continues to develop, I see sponsorship playing a less crucial role in determining tour viability.