In his ongoing crusade against the touting of passes to his Magnificent Coloring Day festival, Chance the Rapper has bought nearly 2,000 secondary-market tickets himself 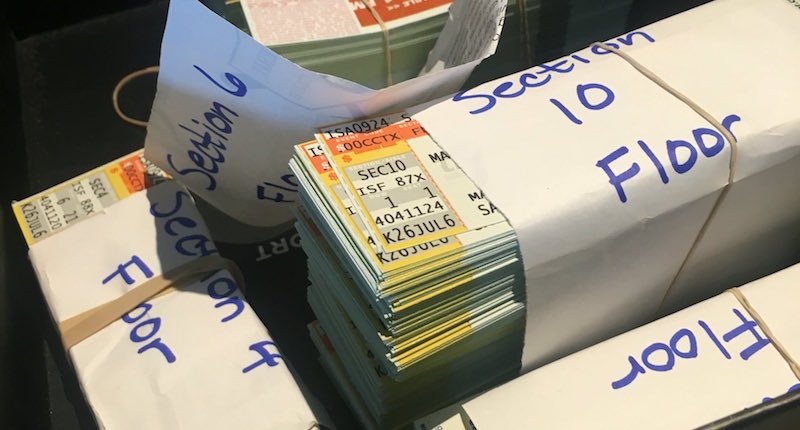 Some of the reclaimed MDC tickets

Chance the Rapper, scourge of ticket touts everywhere, has unveiled the latest weapon in his anti-scalping arsenal: he’s buying touted tickets himself and reselling them to fans.

The 23-year-old rapper – who last month revealed his 24 September Magnificent Coloring Day (MCD) festival in Chicago will break the attendance record at the US Cellular Field (40,615-cap.) after he made every seat in the stadium available in a bid to undermine “greedy, untalented” resellers –announced on Twitter last weekend that he’d bought “almost 2k” tickets from “fuckboy scalpers” and intends to sell them for “either $45 or $75 each”.

“I took the tickets back from the scalpers,” he wrote. “That shit gotta be historic.” [sic]

Magnificent Coloring Day, scheduled for 24 September and featuring performances by John Legend, Lil Wayne, Alicia Keys, Young Thug and Skrillex, is the first live music event to be held at the US Cellular Field (soon to be the Guaranteed Rate Field) since a 2003 show by Bruce Springsteen and the E Street Band.

Chance the Rapper is an ambassador for the Chicago White Sox, who play at the stadium.