The new rights reality for festivals 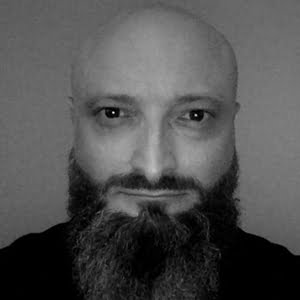 Without songwriters, the live music industry does not exist. Fans paying to see the songs they love being performed by their favourite musicians provides the income that everyone reading this article has built their livelihoods on. So it’s only right and proper that songwriters are also able to earn a living from the exploitation of their work and talents.

The established remuneration mechanism for songwriters (and their publishers) involves signing public performance rights to the relevant performing rights organisation (PRO). The PROs then license the rights to users (in this case festivals) and these licence fees are used to pay royalties to songwriters and publishers. The various PROs have reciprocal rights agreements (RRAs) with each other, so that international performances can also be licensed and songwriters paid – a simple and logical process in operation for over 100 years.

However, over time, PROs have become monopolistic; large opaque organisations lacking meaningful oversight, seemingly riddled with a self-serving and protectionist culture, having become hypersensitive to criticism, heavy-handed in approach and dismissive of requests for transparency or progressiveness. Many feel that they have lost sight of the very reason they exist: ie. to serve the best interests of their writers and publishers. Progressively a deep unhappiness with the established PRO system has developed amongst both PRO members and rights users.

With regards to licensing live public performance for festivals, it’s a legal requirement for events to license all the rights they ‘use’. If a festival doesn’t have a licence for all of these rights, they will be breaking the local copyright law.

Feedback regarding rights deals festivals have done with their PROs indicates that they have agreed to pay the PRO a certain amount of money – perhaps based on a percentage of ticket income – irrespective of the number of rights that the PRO can license. So when this number of rights reduces, as a result of reassignment and direct licensing for instance, the PRO seems to be trying to force the festival to pay the total amount of money, irrespective of how many rights they can actually license. As shockingly stated by one PRO: “Under the terms of [our] tariff, it only requires the performance of one [PRO]-controlled work at a festival for the tariff to apply.”

Many feel performing rights organisations have lost sight of the very reason they exist: to serve the best interests of their writers and publishers

The present formula being used for direct licensing rights to festivals is to take the tariff rate and apply that over the artist fee. This is to reflect that the bigger the artist, the greater the value of the live public performance rights they deliver. Some may argue that the public is not buying tickets for individual artists or that all artists in a festival situation are equal. But we all know that is not reality. That if a festival had no recognised headliners, and only ‘featured’ artists who would normally only appear as openers on the smallest stage, attendance would substantially decrease, as would the value of the live rights. To reflect the value of live rights in a festival situation, using the measure of the fee paid to the performer is a straightforward, easily calculated and transparent system.

There have been some suggestions made as to how festivals can adjust to the new direct licensing reality. However, it must be remembered, the performers might not be the writers of some of the works they perform, and therefore can’t agree terms on their behalf. Equally, publishers are stakeholders, and the performing artist won’t be able to agree licence terms on their behalf either.

The solution is for an inclusive and transparent forum, involving all the stakeholders, to discuss and create a new standard practice for licensing live public performance rights to festivals. The simplest, most straightforward and transparent solution would be for the deals between festivals and PROs to be renegotiated, so that the festival pays no more than their present tariff rate, and is also enabled to deduct the amounts they have paid for direct licensing from the fee they pay to the PRO. This would ensure that:

1. Festivals do not have to budget an increased proportion of their income for live public performance rights licence fees
2. Direct licensing happens in an understandable, straightforward and relaxed way
3. The PROs continue to license the majority of the works performed, fulfilling their requirement to collectively license

As direct licensing becomes an ever more standard part of our industry, it would seem advisable for festivals negotiating deals with their PROs in the future that the likelihood of direct licensing applications be taken into account.

Adam Elfin is co-founder PACE Rights Management, which administers direct licensing on behalf of artists. Its clients include Deftones, Fink and Mark Knopfler.